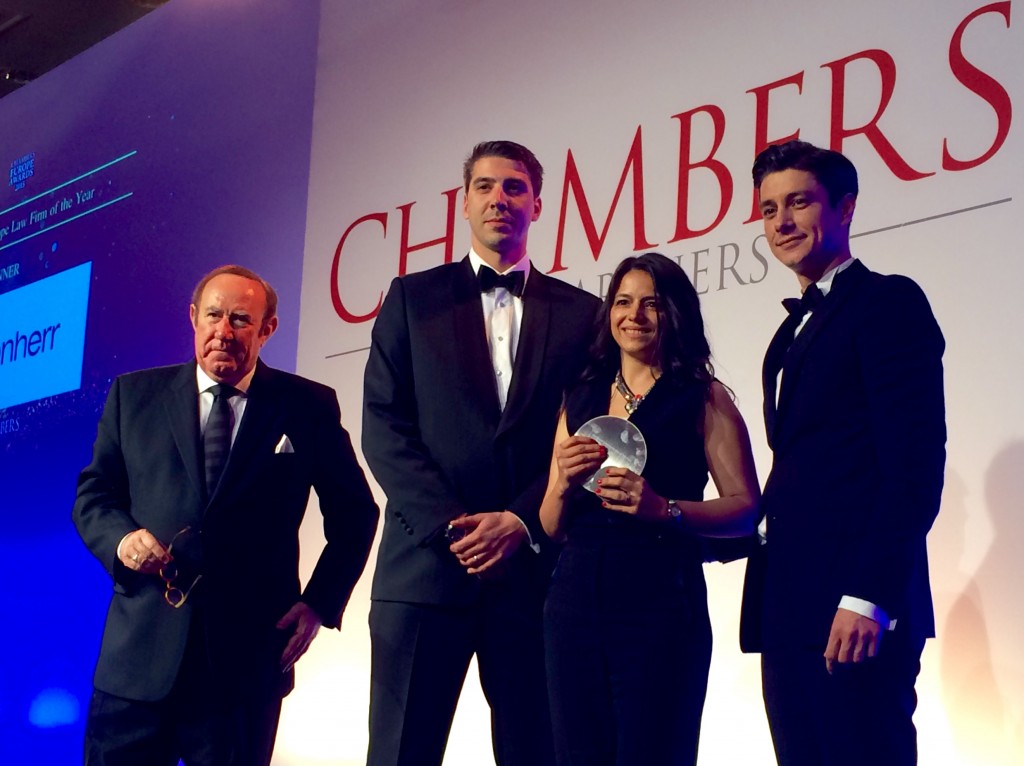 “Our lawyers in South East Europe advised clients in many of the region’s most prominent deals, restructurings and arbitrations over this past year. Winning Chambers’ SEE award is very welcome recognition of the hard work our lawyers have put in on behalf of our clients in the region,” commented Christoph Lindinger, Schoenherr’s managing partner.

Headline deals and matters on which Schoenherr advised in South East Europe in 2014 and 2015 include the ca. EUR 1 billion restructuring of the SEE retail group Mercator Group, the sale of the SEE banking network of the former Hypo-Alpe-Adria-Bank International to Advent International and the EBRD, the privatisation of Slovenia’s primary airport in Ljubljana through the sale of a majority stake to Fraport, the acquisition of Volksbank Romania by Banca Transilvania, the restructuring and sale of Serbia’s leading milk, water and confectionary brands (Imlek, Knjaz Milos and Bambi), and the sale of a majority stake in leading Slovenian brewer Pivovarna Laško to Heineken, to name just a few.

Schoenherr is present in the South East Europe region with offices in Belgrade, Bucharest, Ljubljana, Sofia and Zagreb. The firm also covers the markets in Albania, Bosnia and Herzegovina, Macedonia and Montenegro through country desks. Lawyers in Schoenherr’s SEE offices collectively account for nearly 45% of the firm’s overall count of over 325 fee earners. In addition, Romania was the first market Schoenherr entered in CEE (namely in 1996) and its offices in Bucharest and Belgrade are the second and third-largest, respectively, among the firm’s overall network of 13 offices in Austria, Brussels/EU and Central and Eastern Europe.

Chambers decided to re-introduce a separate category for South East Europe in the 2015 Europe awards to reflect the growing quality and volume of legal advisory work in the region. Schoenherr also won Chambers’ SEE award the only other time the publication has extended this honour, namely at its inaugural Europe awards event in 200

The newest regional distinction from Chambers further extends Schoenherr’s strong performance in the European legal industry’s premier awards events. Most recently, Schoenherr was recognized as “Austrian Law Firm of the Year” (2015) by The Lawyer, was honoured as the “Austrian M&A Legal Adviser of the Year” (2014) by Mergermarket’s European M&A Awards, and garnered the “Client Service Award for Austria” in the 2014 Chambers Europe Awards.