“We are pleased to have worked with Mușat & Asociații on financing CATTED Family, in the present, the largest residential project we are working on. The team’s proficiency on both financing and real estate matters, as well as their professionalism and capacity to react in a prompt manner were crucial for setting the seal on this transaction” said Tudor Cobalas, co-founder of the CATTED group.

“We are happy to have had the opportunity to be an integral part in CATTED’s expansion within the local real estate market. This mandate is yet another confirmation of the strong capabilities of our real estate finance practice” said Monia Dobrescu, Partner at Mușat & Asociații.

The CATTED Group is a leading Romanian business group with more than 28 years of experience in various industry sectors, from commerce to construction, medical services, hospitality, and beauty services. 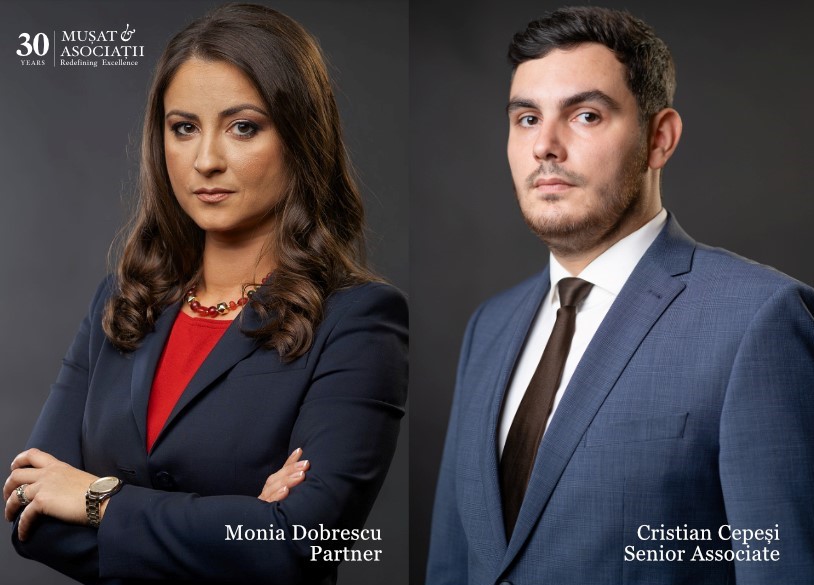 Recognized as one of the pillars of Romania’s business law practice, Mușat & Asociații is constantly recommended by international specialized publications (Chambers & Partners, International Financial Law Review, Legal 500 etc.) as a leading law firm in Romania. Besides, many of its attorneys have been nominated by such publications among the elite of business law in Romania.

In 2020, Mușat & Asociații won the „Best Law Firm in M&A, Public Procurement and Pharma” awards, a distinction handed out by the reputed publisher “The Times Legal Innovation” to Romanian law firms with an exceptional track record.

In 2019, Mușat & Asociații won the “Law Firm of the Year in Romania” award, a distinction handed out by the “The Times Legal Innovation, as well as awards for the areas of practice: Mergers and Acquisitions/Privatization, Infrastructure and PPP/Public Procurement and Criminal Law.

In 2018, Mușat & Asociații was awarded by prestigious magazine, CEE Legal Matters, for the largest M&A Pharma transaction in Romania (Dr. Max acquisition of A&D Pharma group). Also in 2018, The Times legal Innovation granted awards for the areas of practice: Mergers and Acquisitions/Privatization, Infrastructure and PPP/Public Procurement and Criminal Law.

In 2016, Mușat & Asociații received the award for the largest transaction in the energy field, for assistance granted to Sterling Resources in the process of sale of operations in Romania to Carlyle International Energy Partners, as well as the award for the largest HORECA transaction for assisting Premier Capital in purchasing McDonald’s in Romania (awards granted by Ziarul Financiar, during the Attorney Gala).

In 2015, Mușat & Asociații won the “Law Firm of the Year in Romania” award, a distinction handed out annually by the reputed British publisher “The Lawyer”, and in 2013, Mușat & Asociații was appointed “Law Firm of the Year in Romania” by International Financial Law Review (IFLR), and this was the second time when the firm was granted this prestigious award, after the distinction received in 2011 (when Romania was included for the first time on the list of countries nominated for the International Financial Law Review (IFLR) awards).

Moreover, in 2012 Mușat & Asociații won the Gold Award for the “Best Law Firm in Central and Eastern Europe”, an accolade awarded by the 2012 International Legal Alliance Summit & Awards, and in 2011, the renowned publication Chambers Europe awarded the “Romanian Law Firm of the Year” trophy to Mușat & Asociații, the law firm with the best performance in Romania, during the “Chambers Europe Awards for Excellence 2011” gala.