Zamfirescu Racoţi Vasile & Partners (ZRVP) provided legal assistance to 45 survivors and persons close to the Colectiv Club victims, in one of the largest and most complex pro bono projects carried out in Romania by a law firm. The team of attorneys at law allotted to this case, coordinated by Călin-Andrei Zamfirescu (senior partner and founder of ZRVP), was formed of Doru Cosmin Ursu, Ionuț Chisăr and George Avram.

On 12 May 2022, after over seven years since the tragedy that shocked and bereaved Romania, the magistrates of the Bucharest Court of Appeal ruled the final judgment in case file 17008/3/2016 (“Colectiv Case”), thus marking the final stage to normality and justice.

The case file was, by the extent of the damages, the complexity of the tragedy caused, and, especially, by the sphere of the guilty persons, unprecedented in the practice of the Romanian courts. From this perspective, the decision solving the appeal will represent a caselaw benchmark in the future practice of the courts of law and responsible conduct guidelines for public servants and entrepreneurs.

“Entrepreneurs should be aware of their great responsibility in protecting their clients and employees, and the state institutions are not, unfortunately, a partner for prevention, but rather a punitive instrument. Stupidity, indolence and deprofessionalization, present in the case of public servants of the state structures, are maybe worse than corruption. In the latter case, the one looking the other side knows that something is wrong, unlike the one who is not even aware of it”, said Doru Cosmin Ursu, managing associate ZRVP.

The Bucharest Court of Appeal partially changed the judgment of the Bucharest Tribunal, decreasing certain punishments and deciding even the acquittal of some of the indictees, but by the judgment ruled it maintained the entailing of the liability of the public institutions involved in the lawsuit – ISU Dealul Spirii and City Hall of District 4, for the payment of the damages amounting to over 40 million Euros. The judgment is, at the same time, the application for the first time, in a criminal case file, of the provisions of art. 2 and art. 3 ECHR on the entailing of the direct liability of the state institutions, which failed to protect citizens’ right to life and dignity.

The solution delivered by the Bucharest Court of Appeal is the result of a lawsuit started in 2015, following the fire from the Colectiv Club where 64 persons lost their lives, and some other tens were seriously injured.

The Colectiv Project carried out by the law firm Zamfirescu Racoți Vasile & Partners involved the legal assistance for 45 survivors and persons close to the victims from Colectiv Club, in one of the largest and most complex pro bono projects carried out in Romania, for almost six years, with the participation of the attorneys at law in hundreds of prosecution activities and presence in front of the court of law at over 150 hearings, with a total volume of work of over 3,000 hours of legal assistance on penal matters. 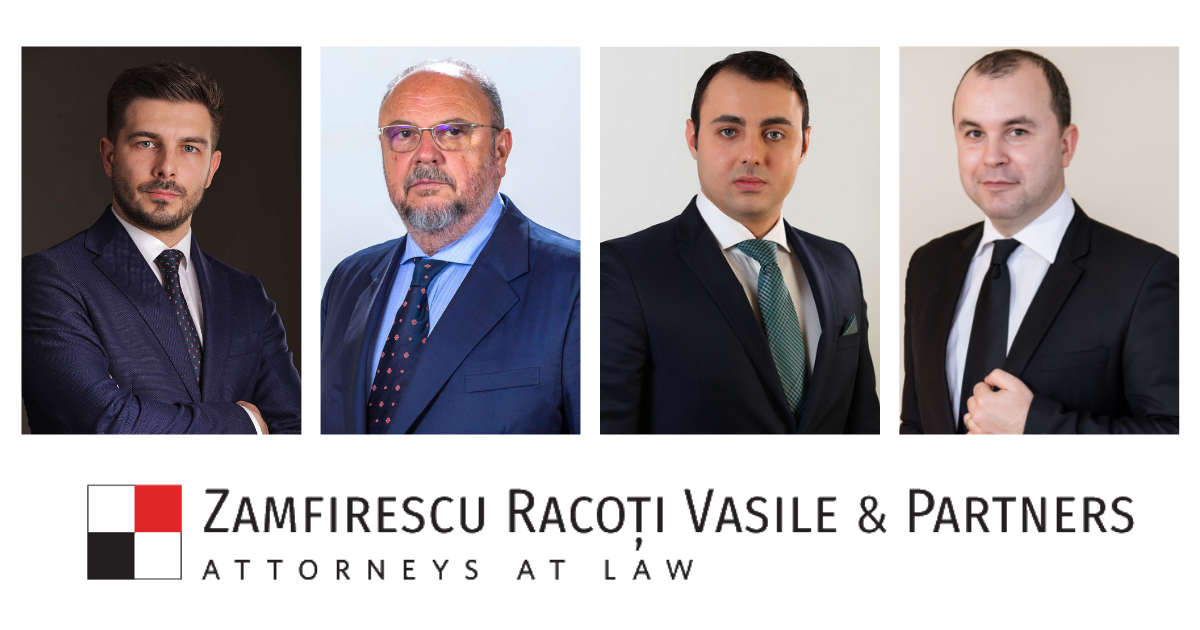 Zamfirescu Racoţi Vasile & Partners (ZRVP) is recognized as one of the leading law firms in Romania, providing legal assistance services in the areas of litigation and arbitration, as well as business law, insolvency, criminal law and tax consultancy.