CITR has concluded the first stage in managing the bankruptcy of City Insurance. Over the approximately 2 months since its designation as liquidator in the City Insurance file, CITR has studied over 500,000 documents, engaging over 100 experts who have drafted both the List of Creditors, the asset inventory, and the preliminary analysis on the causes and circumstances leading to City Insurance’s bankruptcy. Over 1,600 creditors have signed up for the body of creditors, with an exposure in excess of RON 8 billion. Also, since the start of the procedure, the CITR team has been directly managing the over 14,000 litigations brought before national and international courts.

During the same stage, CITR has started the necessary analysis to establish the main reasons for the bankruptcy of City Insurance. The preliminary conclusions show both a profound financial imbalance, and the fact that the accelerated increase of the market share through an aggressive sales policy led to a quick degradation of the company’s situation. Also, the high rate of commissions paid to brokers, as well as assigning a percentage of 80%-99.5% to reinsurance, are among the causes standing out in the preliminary analysis carried out by CITR, on City Insurance’s activity between 2017 – June 30th, 2021.

CITR’s checks of City Insurance’s investments over the above-mentioned period has highlighted the fact that investments and transactions were carried out with tangible assets whose values decreased following experts’ reassessment, generating important losses of available amounts.

There were identified loans granted to affiliated companies, with a low chance of collection, as well as interests due to loans which proved to have no economic purpose. The company also paid considerable commissions to intermediaries, and CITR has established that these were most likely loans without economic purpose.

“Our role in this stage of the bankruptcy is to ensure the smooth progress of all the mandatory legal endeavours, in the shortest possible time, and with the best possible transparency. At the same time, we are continuing the effort to understand what has happened and to identify the sources for recovering receivables. We will hold a first assembly of creditors tomorrow (May 6th, 2022), where we will communicate the current stage of the bankruptcy process. It is a transparent and complex process, and at its closure we will be documenting one of the biggest bankruptcies in Romania, with a market share of 43%, therefore the impact on the Romanian economy is significant, and the correct management of this stage is essential”, said Paul Dieter Cîrlănaru, CITR CEO.

The next steps in the bankruptcy procedure are: the assembly of creditors, a meeting to be held on May 6th, 2022, where CITR will be presenting the preliminary analysis on the causes and circumstances leading to City Insurance’s bankruptcy; the assessment of assets; endeavours to collect receivables; the liquidation of assets.

CARPATICA ASIG was faced with a capital deficit of RON 707 million at the end of July 2016, when ASF revoked the company’s operating licence and subsequently formulated a request to start the bankruptcy procedure. Since the procedure was opened, in February 2017, the number of creditors has reached more than 600, and CITR has distributed approximately RON 130 million. The Carpatica Asig project meant managing over 10000 litigations.

The CERTASIG – Societate de Asigurare și Reasigurare S.A. Project has been managed by CITR since June 2020.  According to the preliminary claims table, the current number of creditors exceeds 160. The procedure of capitalizing company assets is currently under way, with current debt recoveries of approximately RON 10 million. 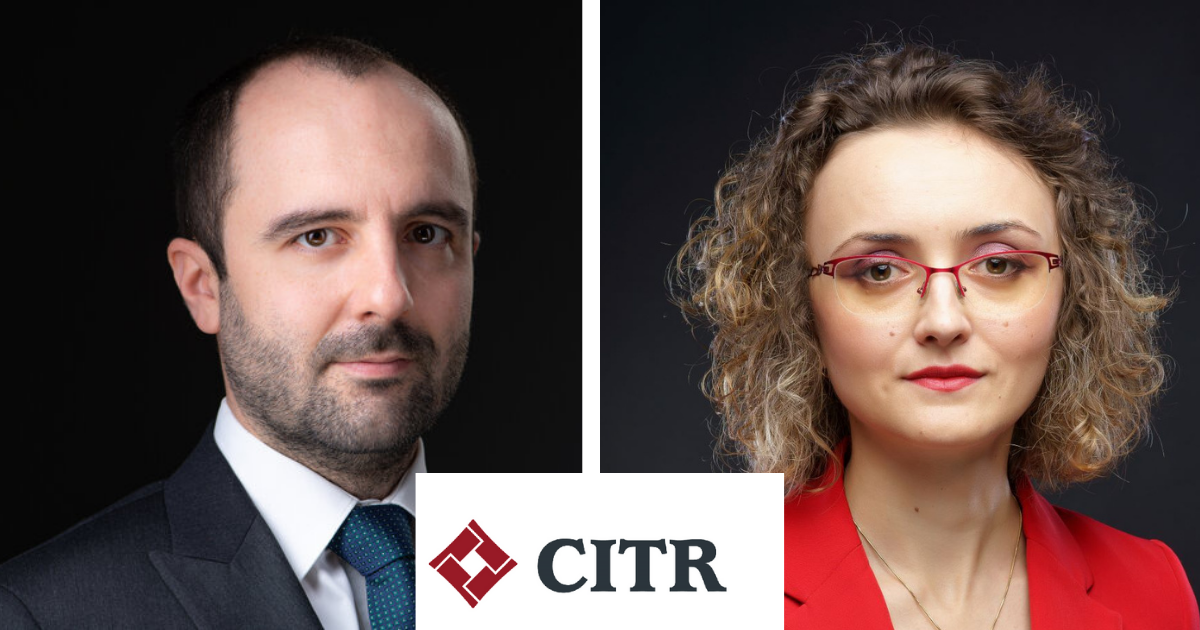 CITR has been the insolvency and restructuration market leader in Romania ever since 2008. With an experience of over 20 years on the insolvency market and nearly 1000 projects managed over time, CITR is managing assets worth EUR 1 billion on a yearly basis, and is distributing over EUR 100 million to creditors each year, in its mission to save the value of Romanian companies with an impact.

CITR is a company of Impetum Group, the first Romanian group dedicated to maximizing business value in each stage in a company’s life, with the aim of creating a positive impact on the economy.