It has been the tradition of the law firm STOICA & Asociații to celebrate the anniversary of each year that has passed since its establishment in November 1995 by granting the Excellence award for the entire legal career.

Distinguished lawyers, outstanding personalities of Romanian legal life received this award, symbolizing the attachment of STOICA & Asociații to the traditional values of Romanian law and trust in an independent judiciary.

This year, the partnership of the law firm decided that the award should be given to PhD Valentin Constantin, Professor Emeritus of the Faculty of Law at the West University of Timișoara, for his outstanding contribution in the field of public international law and human rights, through the responsible questioning of the fundamental landmarks of the Romanian legal community and through the essential role he played in the evolution of the law department in Timișoara.

The lawyers from STOICA & Asociații remain faithful to the principles that guide their daily activities: Fidelitas, Integritas, Fortitudo. 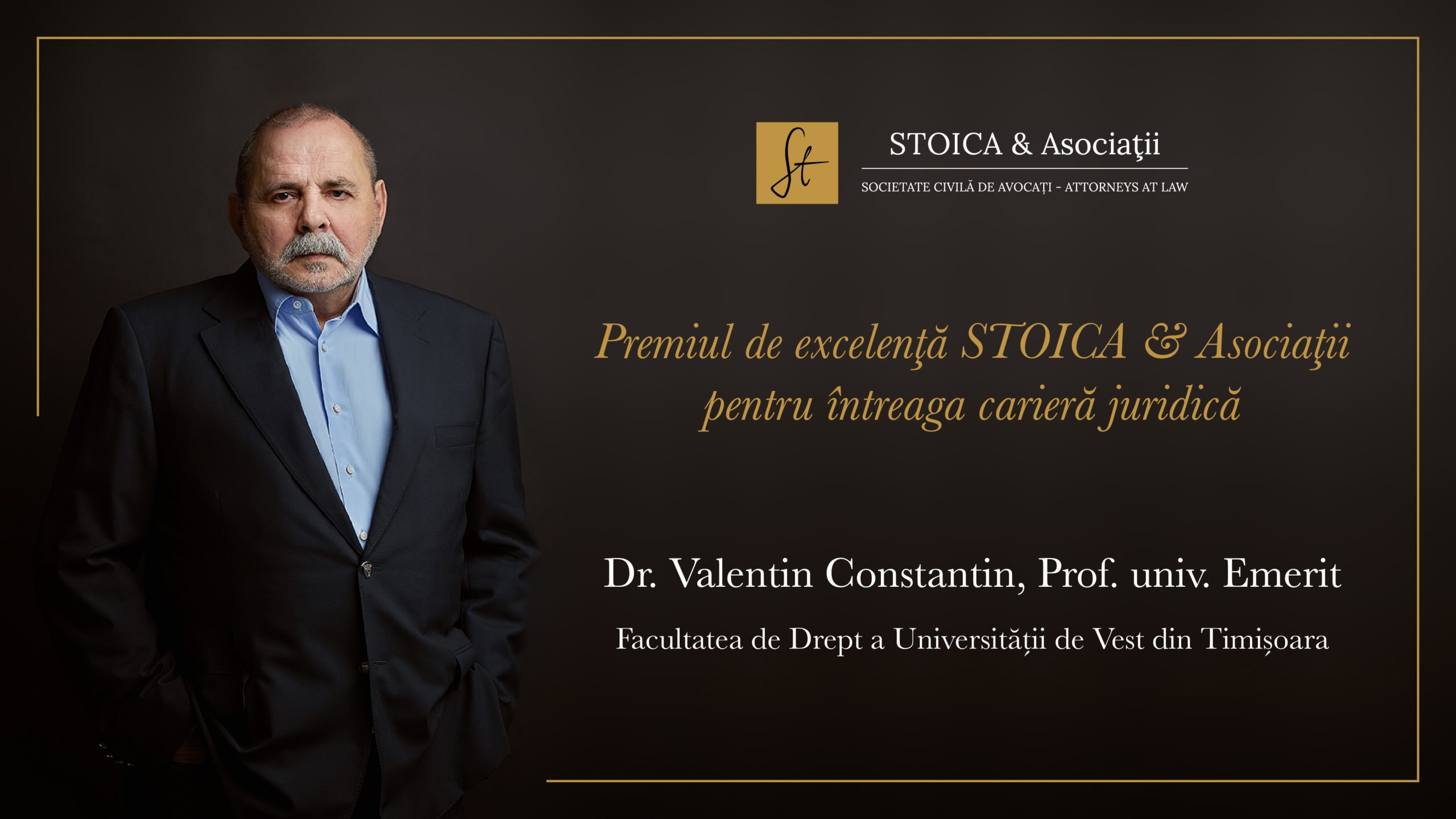