A total of 36 awards were given at this year’s Romanian Legal Awards hosted by LegalMarketing.ro to the most active players in the legal and fiscal consultancy market in Romania. Once again, ȚUCA ZBÂRCEA & ASOCIAȚII has been singled out for its work in Energy, TMT and Tax. 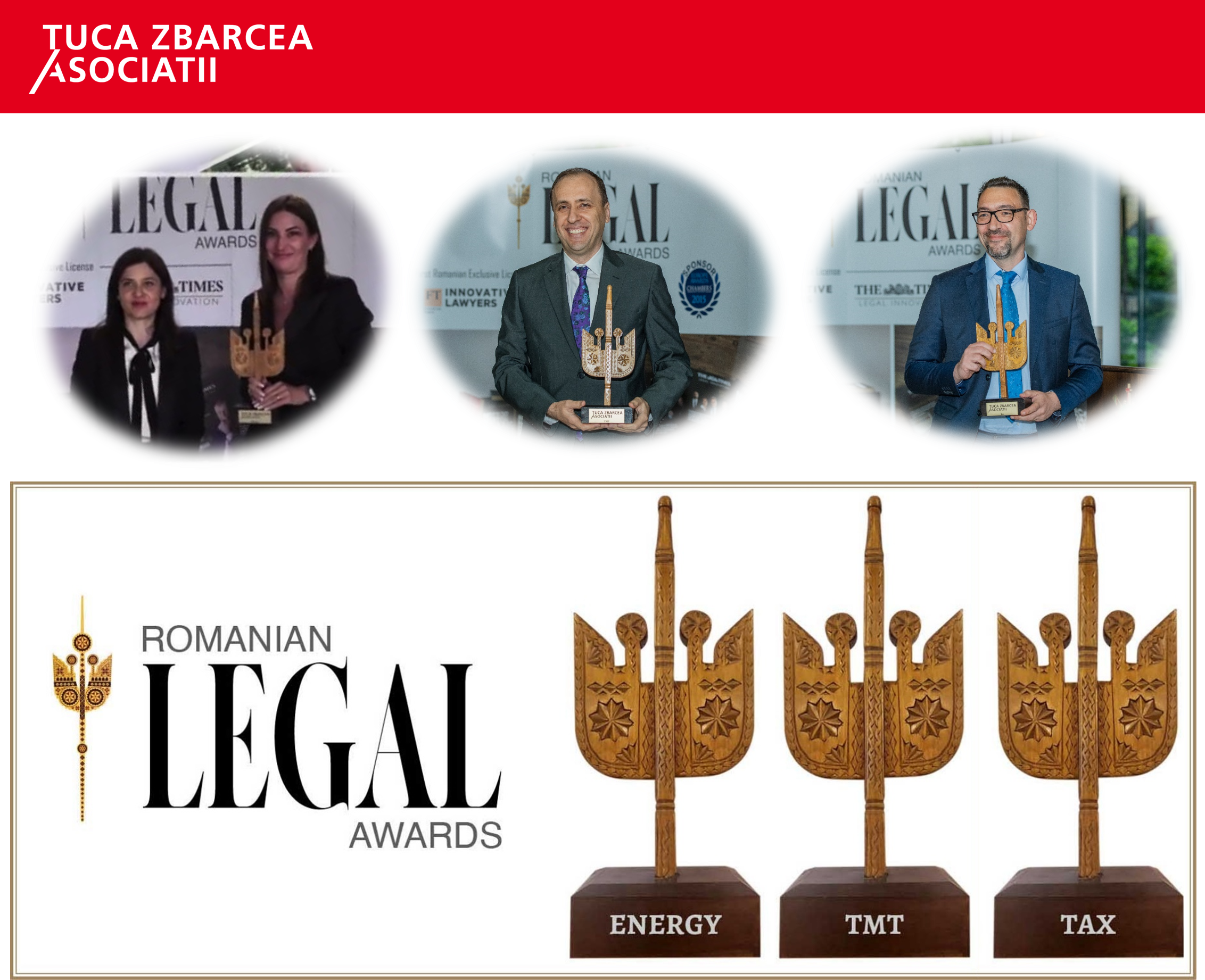 This year’s Romanian Legal Awards, hosted by LegalMarketing.ro, celebrated the most successful lawyers and law firms across a wide range of service areas. As such, six special trophies and 30 prizes in various areas of practice were handed out in recognition of lawyers’ notable achievements over the past year.

ȚUCA ZBÂRCEA & ASOCIAȚII received three awards, with our Energy, TMT and Tax teams being acknowledged for their contributions on major local and regional transactions.

According to the organisers, the firm’s Energy lawyers acted on some of the most significant projects in the energy field in Romania, covering both contentious (including complex litigation and arbitration) and non-contentious work. The firm is regularly advising major players in the energy, oil and gas, mining sectors. The prize went to Irina Moinescu, Partner (Energy) and Christina Vlădescu, Partner (Litigation).

Also, ȚUCA ZBÂRCEA & ASOCIAȚII’s expertise in TMT received an award for the firm’s work on complex matters for its clients – telecommunications and technology companies, suppliers of IT services, companies active in the media/broadcasting and entertainment industry, as well as advertising, including entertainment companies. The award was presented to Cătălin Băiculescu, Partner specialising in TMT and one of the firm’s heads of practice.

As for Tax, the award recognises the impressive growth of the firm’s dedicated tax division – ȚUCA ZBÂRCEA & ASOCIAȚII TAX as regards new client intake and new matters over the past 12 months. Benefitting from a collaboration with Andersen Global, the group has continued to strengthen its market position by way of internal promotions and new additions to the team. The prize was handed out to Alexandru Cristea, Tax Partner.