Central and Eastern Europe’s premiere legal publication, CEE Legal Matters, announced the winners of its annual Deals of The Year Awards (DOTY) in 22 jurisdictions throughout the CEE/SEE region. The sale of CEZ’s assets to funds managed by Macquarie Infrastructure and Real Assets (”MIRA”) is Romania’s Deal of the Year. 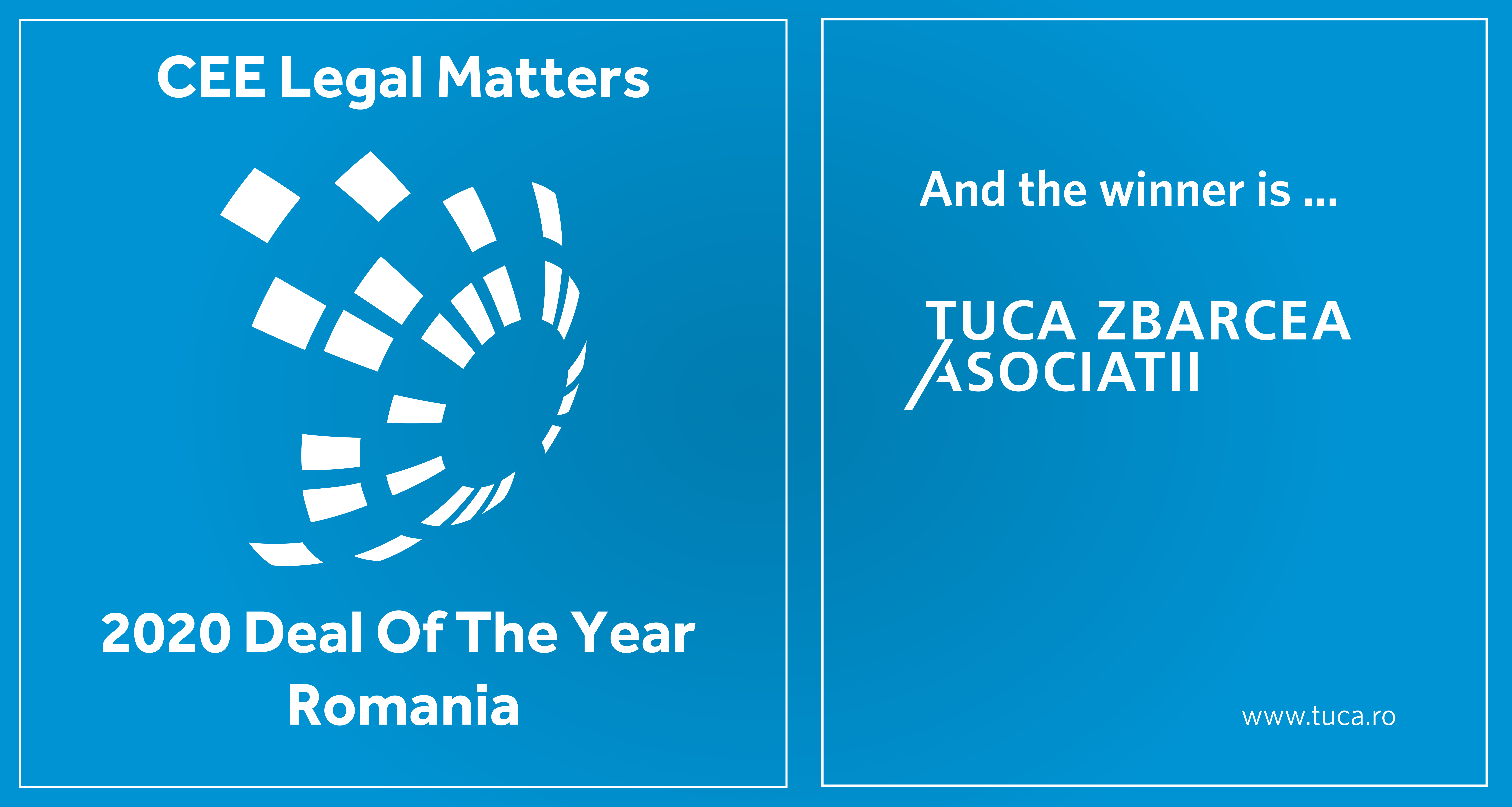 Winners of the 2020 Deals of the Year Awards were announced in June 2021. Trophies will be handed out in person at the 2021 Deals of the Year Banquet in London on September 16, 2021. These awards celebrate law firms’ work in some of the most spectacular transactions taking place in 22 jurisdictions from the CEE/SEE region and Russia.

The 2020 Deal of the Year Award for Romania went to the legal teams acting on the acquisition by Macquarie Infrastructure and Real Assets (”MIRA”) of CEZ Group’s Romanian assets, namely the electricity distribution assets, the energy supply and an operational portfolio of renewable energy.

A number of local and international law firms and financial advisors from Romania and the Czech Republic acted on the deal which was signed in October 2020 and closed at the end of March 2021. ȚUCA ZBÂRCEA & ASOCIAȚII advised CEZ Group, covering the corporate and M&A issues surrounding the deal, including the related due-diligence appraisal, assisting throughout the negotiations with potential investors and the final buyer, as well as assisting during the signing of the transaction documents and the closing. A team of lawyers specialising in competition law covered the competition matters of the deal, while lawyers from the firm’s banking and finance practice group provided legal support as regards the financing issues incident to the transaction.

Finalists for the peer-selected CEE Deal of the Year Awards were selected by a panel of legal experts in each country, with winners determined by a second group of experts with widely-recognized regional expertise and experience. Deals submitted for consideration were signed in the 2020 calendar year.

The full list of DOTY winners is available here.