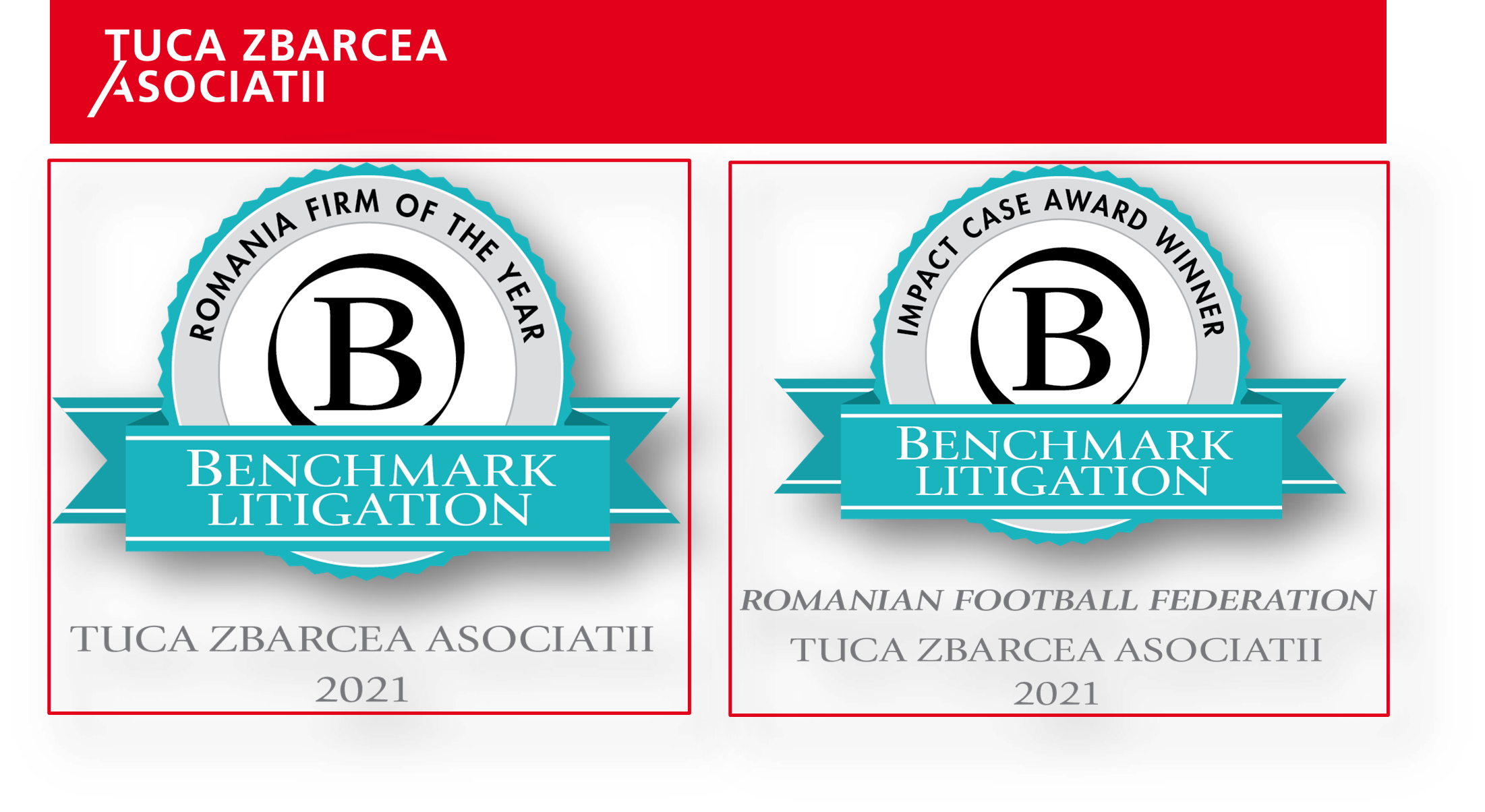 ȚUCA ZBÂRCEA & ASOCIAȚII has been named “Dispute Resolution Firm of the Year” and also won the “Impact Case Award” at the annual Benchmark Litigation Europe Awards 2021, hosted by Euromoney Legal Media Group. No less than 71 trophies were handed out to recognise excellence in the disputes and litigation market across a wide range of dispute resolution practice areas.

Six law firms from Romania with significant litigation and arbitration specialist work competed for the title “Dispute Resolution Firm of the Year”. For the second time in a row, the prize went to ȚUCA ZBÂRCEA & ASOCIAȚII. On announcing the award winners, Benchmark Litigation said: “ȚUCA ZBÂRCEA & ASOCIAȚII is awarded dispute resolution law firm of the year in Romania. The firm is well established and is notably recognised for its commercial and white-collar crime practice. The firm manages several complex cases and has dealt with a number high profile ICSID arbitrations. The firm prides itself on its litigation and arbitration work and clients praise the firm for its “great service and diligent, committed lawyers”. Congratulations to the firm for winning this award.”

Furthermore, the firm won the “Impact Case Award” at the 2021 Benchmark Litigation Europe Awards for their work on the Romanian Football Federation case led by Partner Dan Cristea. 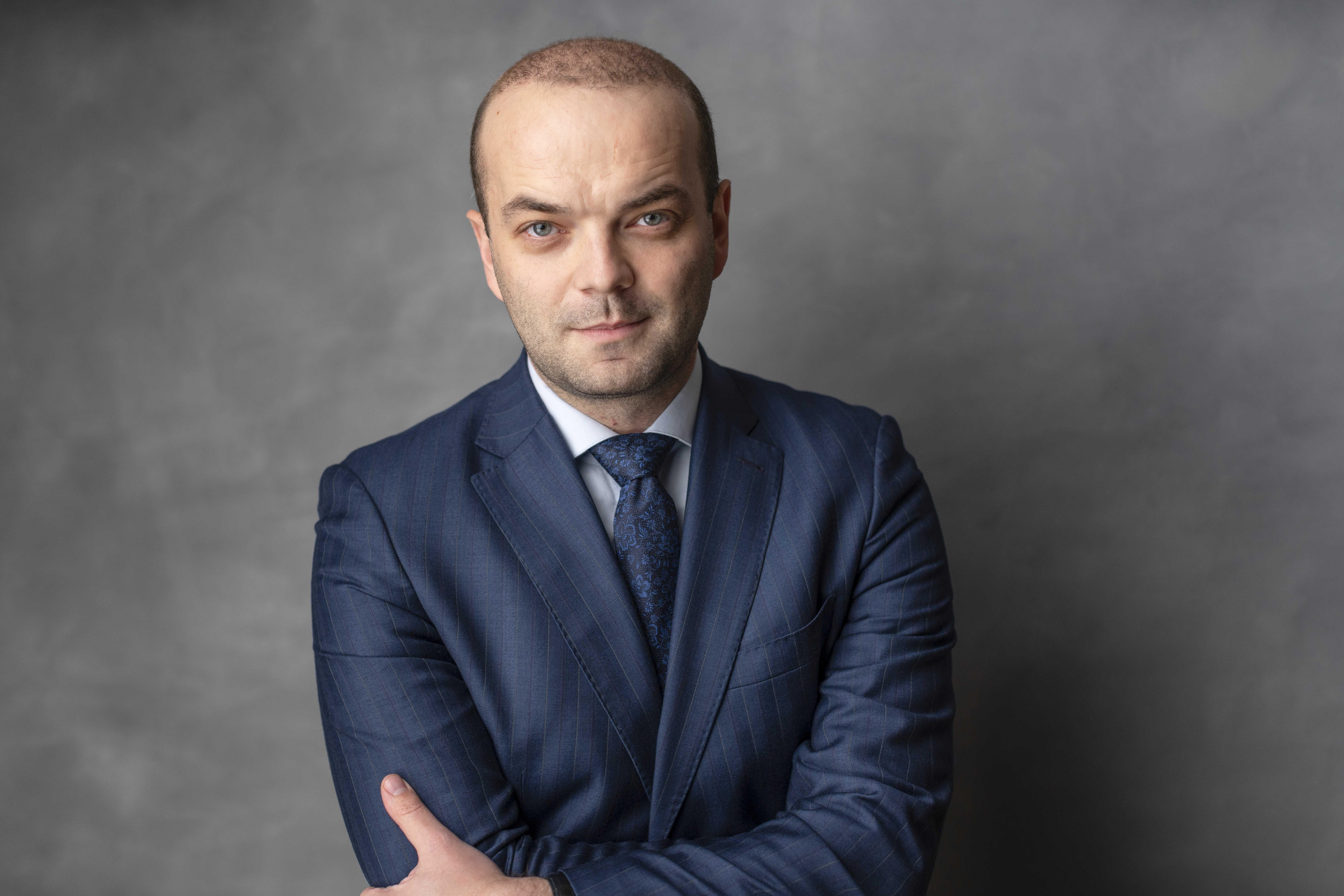 The firm acted for the Romanian Football Federation (FRF) in a suite of procedural steps related to the claims of Fotbal Club U Craiova S.A. as a result of the disaffiliation of this football club. The case concerns a long-running dispute over almost a decade, during which the litigation lawyers of ȚUCA ZBÂRCEA & ASOCIAȚII, in close collaboration with the legal department of FRF, led by Adrian Stângaciu, obtained in turn the rejection of administrative claims, criminal charges and, subsequently, of all the civil damages claims of the disaffiliated club, as well as of other entities.

“Benchmark Litigation Europe awards and recognises ȚUCA ZBÂRCEA & ASOCIAȚII for its work on a civil and criminal dispute. The firm represented the Romanian Football Federation in a dispute concerning damage claims of €300 million. The firm successfully represented its client with all criminal charges against the federation dropped. The case gained attention in the market for its high-profile nature and for the impact it had in sports litigation in Romania.”, added Benchmark Litigation.

ȚUCA ZBÂRCEA & ASOCIAȚII has a leading practice in Dispute Resolution, the firm’s pre-eminence in this area being already acknowledged by renowned international publications, such as Chambers & Partners, Legal 500 and the Global Arbitration Review.

Winners of the third annual Benchmark Litigation 2021 Europe Awards can be found here.