Europe’s most active and innovative law firms in banking and finance, capital markets and M&A were celebrated at IFLR’s Annual Europe Awards held last night. No less than 26 national awards were announced during a virtual ceremony, with ȚUCA ZBÂRCEA & ASOCIAȚII winning the Law Firm of the Year in Romania award.

ȚUCA ZBÂRCEA & ASOCIAȚII became one of Romania’s most awarded law firms, after it received the Law Firm of the Year award during this year’s IFLR Europe Awards ceremony, in recognition of the firm’s work on some of the biggest European transactions, such as the sale of CEZ’s Romanian assets to the Australian funds manager MIRA.

Gabriel Zbârcea, Managing Partner of ȚUCA ZBÂRCEA & ASOCIAȚII: “This new international distinction comes after a very challenging year, in which we endeavoured to provide the best possible support to our clients, expressing our empathy and solidarity. We would like to thank our clients and collaborators, as well as our entire team – this award values and recognises innovation, determination, teamwork and professionalism, in a period marked by uncertainties and turbulence amid the COVID-19 pandemic.” 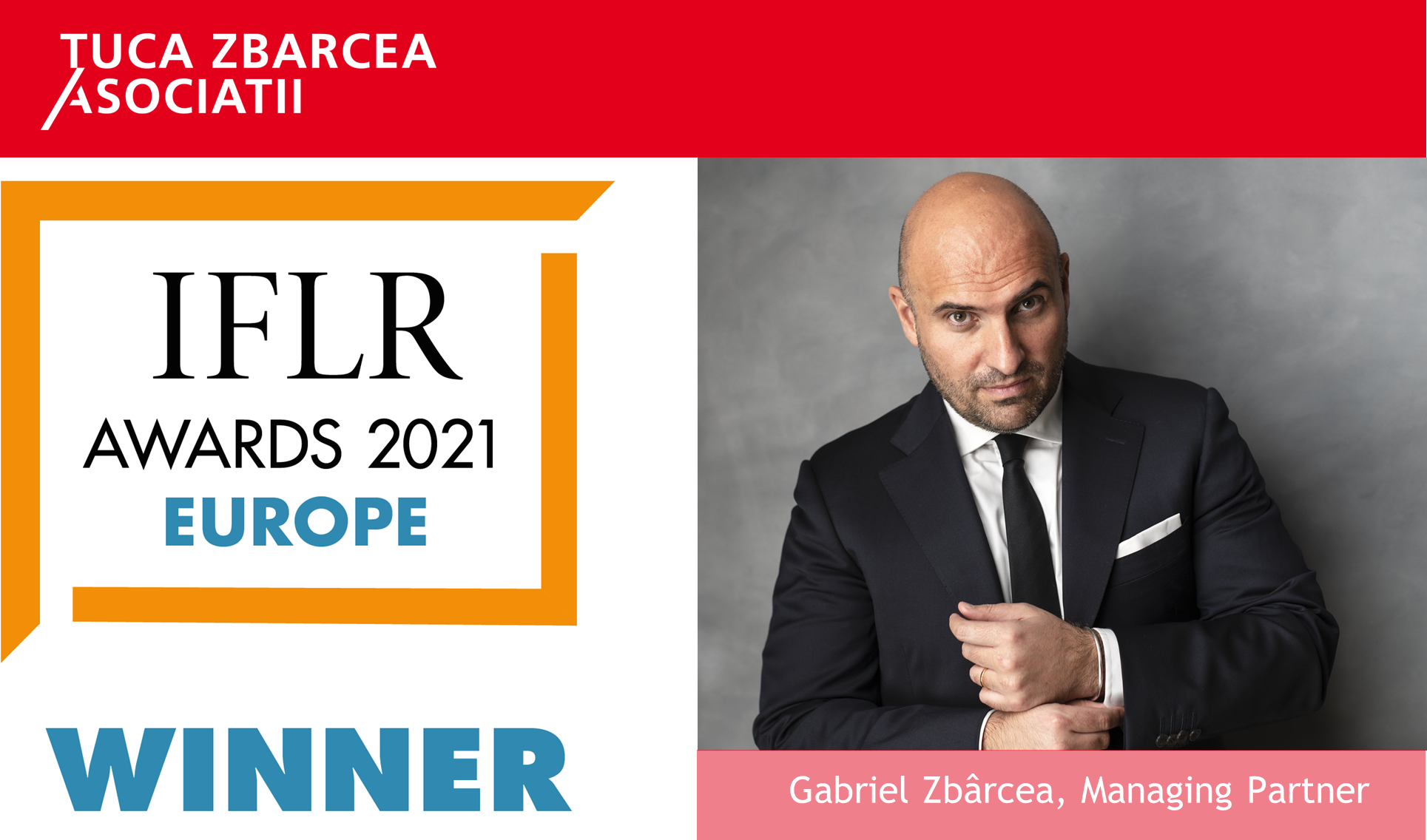 For the sixth time, ȚUCA ZBÂRCEA & ASOCIAȚII received one of the most coveted awards in the legal industry offered by the International Financial Law Review – IFLR. The firm previously won the IFLR’s national award for Romania in 2019, 2012 and 2016. In 2016, it also received the “M&A Deal of the Year Award”. In 2018, ȚUCA ZBÂRCEA & ASOCIAȚII won the “High Yield Deal of the Year Award”.

International Financial Law Review – IFLR is the editor of the renowned “IFLR 1000”, the only international legal directory dedicated to ranking law firms and lawyers on the basis of financial and corporate transactional work.