The European Bank for Reconstruction and Development (EBRD) has recently acquired a 25% stake in Vestmoldtransgaz, the gas transmission company that is operating the newly built Ungheni-Chisinau gas pipeline.

The EBRD has invested EUR 20 million as part of a capital increase in Vestmoldtransgaz. 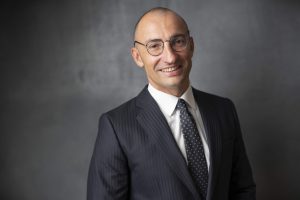 ȚUCA ZBÂRCEA & ASOCIAȚII advised Eurotransgaz, a subsidiary of SNTGN Transgaz and owner of Vestmoldtransgaz, with a team of lawyers led by Partner Sorin Vlădescu and Managing Associate Nisa Jecu. The Romanian law firm worked closely with the team of lawyers from Țurcan Cazac (Republic of Moldova) on the Moldovan law aspects impacting on the transaction.

According to the press release issued by the EBRD, Vestmoldtransgaz owns and manages a gas pipeline network in western Moldova and provides natural gas transport services. In 2018 it was taken over by Eurotransgaz, a subsidiary of SNTGN Transgaz, the company operating the Romanian natural gas transmission system.

The 120 km Ungheni-Chisinau gas pipeline will soon become operational and complete the connection of the gas transmission systems of Romania and Moldova by linking the capital Chisinau to the Iasi-Ungheni interconnector between the eastern Romanian city of Iasi and Ungheni, a Moldovan town on the Romanian border.

The Ungheni-Chisinau gas pipeline will enable Moldova – a country more than 90 per cent dependent on energy imports – to diversify its energy sources.