Romania could record the largest decrease in sales of new passenger cars and light commercial vehicle (LCV) in Central Europe this year, of 24.3% compared to 2019, but will have a rapid recovery exceeding the pre-COVID crisis volume threshold until 2023, according to Autofacts report made by the PwC network at European level, based on IHS Markit data.

Thus, estimates for the new cars and light commercial vehicles markets in Romania show a decrease from 181,000 units in 2019 to 137,000 units this year and, subsequently, an increase to 223,000 units in 2023. In Central Europe, Romania will have a decline comparable to Poland, which will also record a decrease of 24.3%. But Poland  is estimated to have a slower recovery, and will remain below the level of 2019 in 2023. 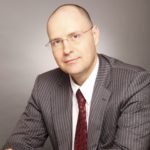 ””The car market, one of the most affected sectors by the COVID-19 pandemic with closed factories and the collapse of sales during lockdown, is starting to recover easily from one month to the next. But returning to 2019 volumes and exceeding them will be long-lasting, as consumers regain confidence to spend. The good news is that the forecasts for Romania are among the most optimistic, compared to the rest of the Central European markets, amid the plans of the two local manufacturers to add new models of hybrid category”, said Daniel Anghel, Partner, Leader for the automotive industry, PwC Romania.

Thus, the smallest decrease would be registered by Hungary, of 19.6%, followed by Slovakia with 21.4% and the Czech Republic with 21.6%. Of these markets, only Slovakia will recover this year’s losses, and in 2023 car sales will exceed the level recorded in 2019.

Overall, the market in Central Europe will decrease by 23% this year, reaching the level recorded in 2016, of 900,000 vehicles. In comparison, estimates for Western European markets show a contraction of 26%.

Regarding the production of vehicles in Romania, Autofacts and IHS estimates show a decrease of 16.3% this year, to 410,000 units, and an exponential increase until 2027, to 794,000 units, based on the plans of the two manufacturers – Ford and Renault. In 2019, Ford launched the production of the new Puma at the plant in Craiova and plans to add LCV volumes. In turn, Renault intends to increase the production volume of its plant in Pitesti, which, in addition, is expected to record the largest capacity utilization among factories in Central Europe.

Romania ranks third in Central Europe after the decrease in car production this year, at the same level as Slovakia, by 16.1%. The steepest decline is expected for the Czech Republic, of 23.7%, followed by Hungary, with 18.5%. Polish production, on the other hand, will be the only one to grow slightly, with an estimated increase of 3.5%.

Following the sharp decline in the second quarter, assembly volumes in Central Europe may generally fall by 22% by the end of the year. However, changes in models in European producer networks, a focus on light commercial vehicles in Central European factories and the launch of electric vehicle models could have a positive impact on the potential for production to return from 2024, according to Autofacts.

Regarding the production of electric and hybrid vehicles in Central Europe, its prospects are positive, the share of assembly will reach 28% by 2027, from about 2% in 2019. However, it will be below 41% in Western Europe.

At PwC, our purpose is to build trust in society and solve important problems. We are a network of firms in 158 countries with over 276,000 people who are committed to delivering quality in assurance, advisory and tax services. Find out more and tell us what matters to you by visiting us at www.pwc.com. PwC refers to the PwC network and / or one or more of its member firms, each of which is a separate legal entity.  Please see www.pwc.com/structure for further details.