The High Court of Cassation and Justice maintained, by its decision of 17 June 2020, the judgment under which several wind power companies had been granted by the court of first instance the annulment of Minister of Public Finance’s Order No. 1210/2014 and of the Central Fiscal Committee’s Decision No. 5/2014.

Five of the most important companies active in the renewable energy sector, legally represented by ȚUCA ZBÂRCEA & ASOCIAȚII , have submitted a motion for the annulment of Minister of Public Finance’s Order No. 1210/2014 and of the Central Fiscal Committee’s Decision No. 5/2014. Subsequently, other wind farm companies joined in these legal proceedings.

The Central Fiscal Committee’s Decision provided that “the tower supporting wind turbines falls within the category of buildings”, which practically supplemented the law (i.e., the provisions of Article 249(5) of the former Tax Code) and thus paved the way for the issuance by the local authorities of notices of assessment for taxes on buildings.

Further to the adoption of Order No. 1210/2014 and Decision No. 5/2014, the local public authorities taxed renewable energy companies by material amounts, both retroactively and for current periods, further to the classification of wind turbine towers as buildings.

After a first favourable solution in front of the Bucharest Court of Appeal in September 2017, the case file moved to the High Court of Cassation and Justice. A team of lawyers led by Christina Vlădescu, Partner at ȚUCA ZBÂRCEA & ASOCIAȚII , provided legal assistance and representation to the five companies from the renewables sector in all the proceedings before the court. 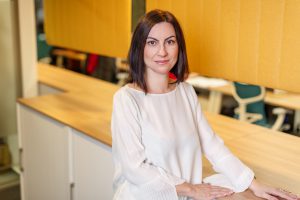 Christina Vlădescu: “We welcome the decision of the High Court, which confirms the ruling of the court of first instance. As a result of this decision, things got back to normal in the hierarchy of legal instruments, which is likely to strengthen investors’ trust both in the legislative system and in the judicial power.”

This is a major decision of the High Court of Cassation and Justice, with a significant impact on the relevant companies, considering that the local authorities charged such companies with material amounts as building tax for the wind turbine towers under the aforementioned administrative acts which have now been annulled under a final decision.

ȚUCA ZBÂRCEA & ASOCIAȚII has a leading practice in Dispute Resolution, the firm’s pre-eminence in this area being already acknowledged by renowned international publications, such as Chambers & Partners, Legal 500 and the Global Arbitration Review. More so, the firm has recently received the “Law Firm of the Year in Romania for Dispute Resolution” Award by Benchmark Litigation Europe (a publication of Euromoney Legal Media Group), one the most coveted and prestigious international accolades for law firms specialising in litigation and arbitration.