In an award released on 5 March 2020, an international arbitral tribunal under the auspices of the World Bank’s International Centre for Settlement of Investment Disputes (ICSID) rejected claims against Romania amounting to more than RON 9 billion brought by Ioan and Viorel Micula and several Romanian companies associated with them, including S.C. Scandic Distilleries S.A. (the “Claimants”).  The tribunal also ordered the Claimants to reimburse Romania for 75% of the legal and other costs it incurred defending itself against the claims, and of the costs of the arbitration.

The award concludes an arbitration initiated by the Claimants in 2014 on the basis of the Agreement between the Kingdom of Sweden and Romanian on the Promotion and Reciprocal Protection of Investments (the “Treaty”).  In the arbitration, the Claimants alleged that Romania had breached its international obligations under the Treaty by failing to adequately enforce its laws on the taxation of spirits, and by enacting a new pricing regime for mineral water.

In its award, however, the tribunal ruled that the Claimants had not established that Romania had failed to enforce its taxation laws with respect to spirits.  Indeed, it found that “Romania has engaged in ‘serious and visible’ efforts to enforce its taxation laws in relation to alcohol.”  According to the tribunal, Romania “has established that it has a sophisticated mechanism for the enforcement of its laws, a strategy of ensuring that enforcement is cost-effective and a structure for enforcement at both the household producer and industrial producer levels, involving ANAF, Customs and DG Anti-Fraud.”

The tribunal further ruled that it lacked jurisdiction to consider the Claimant’s claims relating to the pricing regime for mineral water, on the basis that the regime had been enacted before the Treaty came into force in 2003. 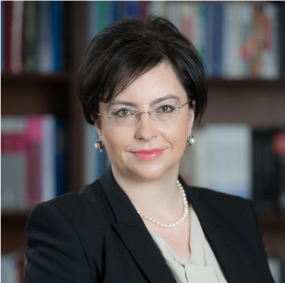 Commenting on the award, Crenguta Leaua of LDDP stated: “We are very pleased with the outcome of the case, which  shows that Romania did not breach the Sweden-Romania Treaty.  This case implied the analysis of a very large amount of arguments and data regarding the Romania’s fight against tax evasion, being one of the most complex cases where issues of substantive and procedural tax law, from the macroeconomics perspective, were brought in an investment arbitration.  We are very pleased that the significant effort of our team’s arbitration and tax law specialists in explaining the necessary factual and legal details to the arbitral tribunal led to an award in which Romania’s position was successful. We are also very happy that this counts as the fourth victory of Lalive and LEAUA DAMCALI DEACONU PĂUNESCU – LDDP teams in defending Romania in investments arbitration.” 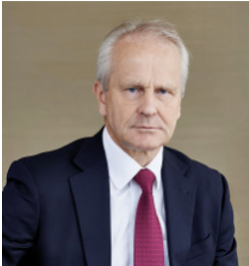 Dr Veijo Heiskanen and Matthias Scherer of LALIVE SA stated: “Our team was honored to act for Romania in this important matter, and we are very pleased with the result, which could not have been achieved without the seamless cooperation of the Ministry of Finance and other Romanian government agencies, and our co-counsel Crenguta Leaua and her team at LDDP.”

About LDDP and LALIVE SA

LEAUA DAMCALI DEACONU PĂUNESCU – LDDP is based in Bucharest and ranked in GAR 100 as a top arbitration law firm worldwide, with many of its lawyers ranked as top specialists in commercial and investment arbitration. Other areas of expertise include tax law, construction law, technology law,  energy and natural resources, environmental law, aviation law, commercial law and administrative law.

LALIVE is an international and independent law firm with offices in Geneva, Zurich and London, and is a global leader in international arbitration.  It advises and represents clients in proceedings conducted under all of the main international arbitration rules in a variety of sectors and is consistently ranked among the leading arbitration practices worldwide.  The firm’s involvement in a number of high profile multi-billion State-investor disputes has earned it recognition as one of the leading practices in this field.  The firm’s investment arbitration specialists regularly act as counsel for States and investors globally and are frequently appointed as arbitrators in disputes arising out of bilateral and multilateral investment treaties, investment contracts, and other instruments, and involving a wide range of industries, including energy, construction, mining, telecommunications, and transportation.