The total number of cars in use (parc) in Europe is forecasted to grow with 1,4% by 2025, at 273 million, from 269 million cars this year,  and to decline thereafter with 5,4% by 2030, due to increase of shared mobility & integrated mobility platforms (ex. Uber, Clever, Bolt) and alternative car ownership models, according to PwC Digital Auto Report. 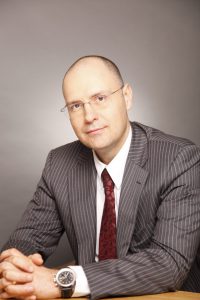 Daniel Anghel, PwC Romania Partner and Tax and Legal Services Leader: “In Romania, the total number of cars in use increased by 7.4% in 2018, according to official data, to over 8.2 million vehicles, but the road infrastructure is not keeping pace. For example, Bucharest, with about 1.4 million officially registered cars, in addition to those in transit, has been for many years in the top of the most congested cities in Europe, and the level of suspended particles in the air is double the maximum recommended by the World Health Organization. In this context, new transport solutions are needed, such as alternative models: subscription, rental, car sharing, ride hailing, ride sharing and micro mobility.”

PwC report gives as example Germany, where the share of people who own a car has dropped from 43% in 2010 to 36% in 2018, while car fleets, whether owned by companies, rental companies or mobility platforms, increased over the same period from 57% to 64%. It is a trend that is expanding more and more globally and has already increased price pressure, due to the negotiating power of professional customers.

According to the report, in Europe, 74 percent of consumers opt for the most convenient way of travelling, including using more than one mode of transport and 28 percent of European vehicle owners could imagine earning money from sharing their car via a peer-to-peer platform.

Also, over 50 percent of consumers would be willing to pay up to USD 250 for a monthly subscription for unlimited rides within town. A similar percentage (47%) of European consumers would consider giving up their own car in favor of widely available and adequately priced autonomous robotaxi services.

In Europe, the total value opportunity of alternative ownership will increase from

Other conclusions of the report:
– The future of the automotive industry will be characterized by connectivity – increasing the number of 4G and 5G connected vehicles, electricity – increasing the share of electric vehicles, sharing – increasing the share of car-sharing and autonomy – autonomous cars.
– The number will continue to increase in China, over 33% to 303 million cars by 2025 and at a slower pace in the US, by 2,2%.
– It will be necessary to improve the transport, telecommunications and power infrastructure of electric cars.
– Electric powertrains and automated features could increase the Bill of Material (BoM) by between 20 and 40 percent by 2030.
– In this context, there will be a significant shift in producers and suppliers’ business models, which will make intense efforts to reduce the technological costs in the next decade.