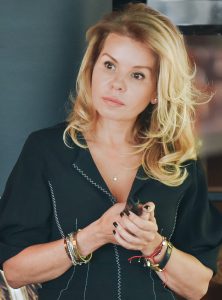 Ioana Filipescu Stamboli, Corporate Finance Partner, Deloitte Romania: “2019 was an intense year for dealmaking, the number of transactions reaching a 10-year high. Following a sluggish start, in specific circumstances, the market has regained its pace starting the second quarter and the total number of transactions has exceeded 100. The trend of non-reporting transaction values, which we have observed in previous years, has intensified: only 24 transactions have disclosed values. Under these circumstances, estimating the market value has become rather an indicative valuation exercise for our team.”

Nine transaction with a disclosed or estimated value of at least EUR 100 million were announced in 2019. In 2018, the corresponding number was 14.

The largest deals of 2019 were:
– PPF’s acquisition of Central European Media Enterprises’ (CME) operations in five countries in the region from the US based company AT&T; in Romania, CME owns PRO TV (undisclosed value for Romania);
– the RPA company UiPath’s new financing round of USD 568 million (~EUR 500 million), which set a new record for its valuation, of USD 7 billion, with multiple financial investors participating in this round;
– EximBank’s takeover of 99.28% of Banca Romaneasca, from National Bank of Greece (undisclosed value);
– the takeover by AFI Europe of the Romanian office portfolio of NEPI Rockcastle, consisting of four office buildings: Floreasca Business Park, The Lakeview, Aviatorilor 8 (București), City Business Centre (Timișoara), the largest deal on the local real estate market (deal value: over EUR 300 million);
– the acquisition of a minority stake in Superbet, the biggest player on the Romanian sports bets market, by private equity fund Blackstone (value: EUR 175 million);
– the takeover by Ingka Group (which owns IKEA stores) of an 80% package in seven wind power plants, from Vestas (value: EUR 136 million);
– Paval brothers’ (Dedeman owners) acquisition of Cluj-Napoca’s The Office building (undisclosed value);
– the acquisition by the investment fund MAS Real Estate of a portfolio with nine commercial centers, in Roman, Baia Mare, Slobozia, Focsani, Ramnicu Sarat, Targu Secuiesc, Fagaras, Gheorgheni and Sebes (value: EUR 113 million);
– the acquisition by Sika of Adeplast, a major manufacturer of mortars and thermal insulation solutions (undisclosed value);
– the acquisition by Zentiva of Alvogen’s Central and Eastern European business, including Romanian-based producer Labormed (undisclosed value).

Private equity buyout activity continued to expand in 2019 with a total of 22 transactions. These include the acquisition of CME (including Pro TV) by PPF, Blackstone acquiring a minority stake in Superbet, Greenbridge entering the Romanian market, the acquisitions of CEE Equity (three deals), Innova, Abris and Highlander (two deals each), The Rohatyn Group’s decision to invest in Amethyst Radiotherapy and UiPath’s latest financing round.

“We are optimistic regarding the evolution of the M&A market in 2020. The activity remains robust with the macroeconomic fundamentals being solid and the financial performance of the companies on an upward trend. We see an increase demand for buy-side assistance coming from players already active on the local market, which signals that the consolidation trend will intensify in some sectors and we expect some large deals to be initiated in the coming months. On sell-side, the general context is favorable for entrepreneurs who envisage an exit this year”, added Ioana Filipescu Stamboli.

Evolutions of the number of disclosed transactions

*Note: The graph includes deals with disclosed values larger than EUR 5 million and are kept up-to-date as new information is disclosed.

Deloitte Romania is one of the leading professional services organizations in the country providing, in cooperation with Reff & Associates, services in audit, tax, legal, consulting, financial advisory, risk advisory, business processes and technology services and other related services with more than 1,700 professionals.