Rome University La Sapienza announced a cleaning service tender above EU threshold. The losing tenderer challenged the result alleging that (i) the winner intended to subcontract more than 30% of the contract and (ii) that the remuneration of subcontractors is less than 20% in relation to unit prices resulting from the award – which was contrary to Italian law. The first Tribunale amministrativo regionale annulled the award. On appeal the Consiglio di Stato raised doubts on whether the Italian restrictions in the case are in line with the EU law and referred the case to the CJ. The national court asked whether the principles of freedom of establishment and freedom to provide services, Article 25 of Directive 2004/18 are against the enforcement of a national regulation according to which (i) subcontracting cannot exceed the quota of 30% of the total value of the contract, and (ii) the prices for the subcontracted services cannot be less than 20% from the unit prices resulting from the award.

On the 30% limit on subcontracting rule

The Court did not accept the Italian Government plea that this limitation is aimed at making public procurement less attractive and consequently would prevent the phenomenon of mafia infiltration into public procurement (p. 40). To this end, the Court endorsed the view that combating the phenomenon of infiltration of organized crime in public procurement is a legitimate objective that can justify a restriction (p. 44). Nonetheless, a restriction such as that went beyond what was necessary to achieve the objective and required a bespoke evaluation of each case (p.45, 48).  Accordingly, a 30% limit on subcontracting puts pressure on the tenderer to personally perform the public contract, even where the contracting authority would be able to verify the eligibility of the subcontractors (p. 48).

The Court concluded that the objective could be achieved by less restrictive measures, i.e. requiring the tenderer to provide the subcontractors identities at the tender stage, in order to allow the contracting authority to carry out verifications of the proposed subcontractors at least in cases considered to represent an increased risk of infiltration of organized crime (p. 49).

The second question was a novelty for the Court and concerned clarifications on compliance of a general rule which limits the possibility of reducing the prices applicable to subcontractors’ services by more than 20% compared to the prices resulting from the award (the 20% limit).

The Court followed the same pattern reasoning as in the 30% limit rule. The Court noted that the 20% limit was generally and abstractly defined and across-the-board applied irrespective of the economic sector, nature of the activity and applicable legal framework (p. 58). In doing so, the CJEU deduced that this may undermine the opportunities offered by the Directive 2004/18, i.e. to take advantage of the prices offered by subcontractors’ and thus, ensure more competition and access of SMEs to public procurement (p. 59). Although the 20% limit could be qualified as “social consideration”, the Court rightly decided that such a limitation went beyond what was necessary because it applied without exceptions, independently of any legal or social protection objectives, and failing to take into the equation the fact that the same economic and legal treatment is applicable to both employees of the tenderer and of the subcontractor. (p. 63-66).

The Court stressed that the viability of the tender and the good performance of the contract can be ensured by requiring (i) tenderers to indicate the subcontracted part and subcontractor’s identity (ii) replacement prohibition of subcontractors if the latter could not be checked against suitability and capacity requirements and (iii) verification against abnormally low tender provisions (p. 68-72). The CJEU finally highlighted that the tenderer cannot be penalised for negotiating a good price with his subcontractor (p. 74). 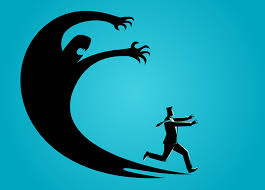 In addition,  these cases demonstrate that the text on subcontracting either in the old Directives or in the new one is generally not sufficiently comprehensive with the aim sought. Thus, the line of reasoning offered by the CJEU should be noted by the Commission in an eventual reform of the public procurement Directive.

As noted by the Court the texts on subcontracting from ‘Article 71 of Directive 2014/24 reproduces, in essence, the wording of Article 25 of Directive 2004/18’ (Vitali SpA v Autostrade per l’Italia SpA Case C-63/18 ECLI:EU:C:2019:787 p.29), with additional improvements in the new Directive. The text of Article 71 of Directive 2014/24 is cautious in its wording without overstepping the ‘no-consensus’ friction line. This leaves an unnecessary interpretation burden on side of the Member States and contracting authorities.

In my 2018 post I have argued that the provision on subcontracting should be modernised in the light of the above-mentioned case-law: