STRATULAT ALBULESCU ATTORNEYS AT LAW has advised CCBA Verwaltungs GmbH, part of the German Group AUNDE, an international market leader in the development and manufacture of innovative and creative textiles and seat covers, in relation to the simplified merger control procedure before the Romanian Competition Council.

On 12 December 2019, the Romanian Competition Council anounced the authorisation of the transaction by which CCBA Verwaltungs GmbH (Germany) takes over Reinert Kunststofftechnik SRL (Romania). Following the assessment of the effects of the economic concentration, the Romanian Competition Council concluded that the proposed procedure does not raise significant obstacles to effective competition on the Romanian market (or on a substantial part of it) and that there are no serious doubts regarding its compatibility with a normal competitive environment. 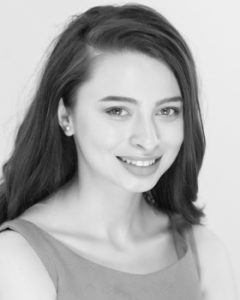 CCBA Verwaltungs GmbH is part of the German group AUNDE, an international textiles manufacturer, active in the automotive industry. Founded 1899 in Mönchengladbach, Aunde Group began to specialize in the production of textiles for the automotive industry from 1920 onwards. The group currently has 116 sites in 29 countries. Also, the group has over 24,500 employees worldwide.

Reinert Kunststofftechnik SRL is a leading developer and producer of technical and innovative plastic solutions for almost every conceivable application, area and industry. The company owns two factories in Bissingen (Germany) and in Oradea (Romania).

The STRATULAT ALBULESCU team was led by Partner Ana Kusak (Partner, Head of Competition) with the support of Associate Madalina Spataru.