ȚUCA ZBÂRCEA & ASOCIAȚII has added two Partners to its ranks while five other lawyers were promoted to various roles, as part of the firm’s annual performance review taking place in November.

ȚUCA ZBÂRCEA & ASOCIAȚII made up Dan Cristea and Ciprian Timofte to Partners, thus bringing the total number of Partners to 27. The appointments are effective from January 1st, 2020.

Dan Cristea is a dispute resolution lawyer with 13 years of expertise, having been directly involved in or having coordinated complex litigation files in various areas of law, such as public procurement, contentious-administrative, corporate/commercial law or sports law. He has championed the firm’s public speaking programs designed for law students or C-level executives in public and private companies, aspiring to lay the foundations for a successful speech or simply enhance their public speaking skills.

Ciprian Timofte specialises in corporate/commercial law, as well as mergers & acquisitions and has a legal career which spans 13 years. He heads ȚUCA ZBÂRCEA & ASOCIAȚII’s data protection practice group and, in recent years, he has led complex data privacy projects in all relevant industries, impressing the firm’s clients with his pragmatic yet innovative approach when needed.

Florentin Țuca, Managing Partner of ȚUCA ZBÂRCEA & ASOCIAȚII: “This year’s promotions reflect our ongoing commitment to recognise and reward the talent and the outstanding professional achievements of our lawyers. These promotions are a well-deserved accomplishment and I am positive all seven lawyers will remain devoted on delivering the same level of client service and legal prowess in the years ahead.” 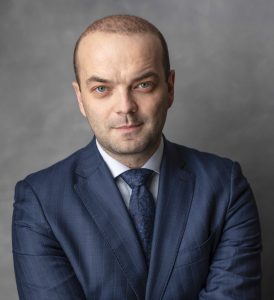 Dan Cristea, 34 years, is a Litigation Partner at ȚUCA ZBÂRCEA & ASOCIAȚII. He concentrates his practice on commercial and contentious-administrative disputes and has achieved a wealth of experience in handling complex public procurement litigation. In the commercial area, his focus includes both corporate disputes (annulment of GMS decisions, company withdrawals, shareholder litigation) as well as contractual disagreements. In administrative matters, he has been involved in many litigation cases regarding deeds issued by public authorities in tax, energy, urban planning or environmental law. In public procurement, Dan Cristea has briefed and argued in dozens of high-stakes cases regarding the award of tender contracts exceeding tens of millions of Euros and has struck down public procurement law provisions before the Constitutional Court of Romania. He is also passionate about sports law, where his practice received a distinction granted by the Romanian Society for Legal Sciences for remarkable contributions in 2018. Dan Cristea is a past winner of the World Universities Debating Championship/ English-as-a-Second Language (Dublin, 2009) and has been listed by Forbes Romania in its “30 under 30” list. 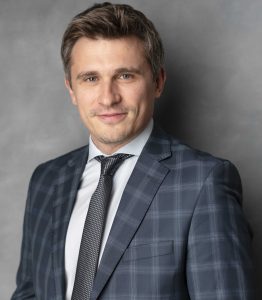 Ciprian Timofte, 37 years, is a Partner in ȚUCA ZBÂRCEA & ASOCIAȚII’s corporate/commercial and mergers & acquisitions practice groups. He has built up extensive expertise in conducting cross-border and domestic mergers and other corporate reorganizations, as well as in structuring and negotiating complex acquisition deals. Over the past years, Ciprian has gained invaluable knowledge as regards personal data protection issues, advising renowned Romanian and international companies active in diverse industries such as: telecommunications, banking and financial services, medical services, healthcare and pharmaceuticals, insurance, IT, e-commerce etc. Ciprian is a regular speaker to various events focusing on data privacy/GDPR (including events hosted by the Romanian Supervisory Authority for Personal Data Processing). In addition, he has been actively involved in various regulatory initiatives concerning data protection, by providing valuable input with regard to data privacy projects laws or regulatory guides. Ciprian Timofte is a regular speaker and writer on topics related to data privacy and other legal matters to various publications, including dataprivacyblog.tuca.ro (ȚUCA ZBÂRCEA & ASOCIAȚII’s blog regarding personal data protection and privacy). In November 2019, he won a Rising Star Romania Award during Euromoney Legal Media Group’s “Europe Rising Stars Awards”.