Thus, Romania ranks 7th in the region, the first places being occupied by Bosnia and Herzegovina (63%), Bulgaria (48%), Poland (48%) and the Czech Republic (35%). Both in Romania and in the other Central and Eastern European countries, most tax inspections concerned the corporate income tax and the VAT. In Romania, the inspections verified in 45% of cases aspects of the corporate income tax, above the regional average of 34%, and 36% targeted the VAT, compared with 27% at the CEE level. 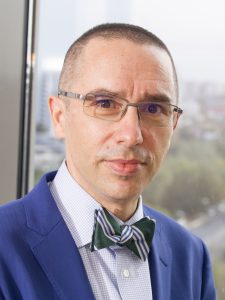 Dan Dascălu, Partner D&B David and Baias, leader of the PwC TCDR network in CEE: “In this survey, we aimed to identify local trends in tax inspections area compared to those in other states in the region as we find it extremely important to observe how this important component of tax administration evolves in our region. Although there are some differences from the perspective of the fiscal, administrative and judicial systems, the countries in this region have enough commonalities in the practical evolution, during the last 30 years, and the results are extremely interesting.”

The survey shows that 40% of the tax inspections in Romania were completed in no more than 3 months, compared to 47% in the region. States that have reported comparable periods include Bosnia and Herzegovina, Latvia and Lithuania.

“We found that the inspectors’ approaches are similar in most countries, the areas of interest being the same. For example, in the case of corporate income tax, the most frequently verified issues are related to intra-group transactions, services deductibility and transfer pricing, and in the case of VAT, the most common cases refer to deductions. Also, the duration of the inspections, as well as their implications, including from the perspective of challenging the tax documents, have many points in common, which can be a starting point in the ANAF – taxpayers dialogue, in order to improve the relationship between them, including by relating to other CEE states experiences”, explained Dan Dascălu.

Regarding the additional liabilities assessed by tax inspection authorities, in most of the cases the amounts were up to EUR 100,000, respectively 43% of the respondents in Romania and 51% in Central and Eastern Europe. At the other extreme, the survey highlighted that 18% of inspections led to taxation between EUR 1 million and EUR 5 million in Romania, compared with the European average of 5%.

Over half of the respondents in Romania (55%) choose not to object against the taxing acts issued following tax inspections, in CEE the percentage being 62%.

Where businesses objected against the tax inspection findings, in 37% of the cases the appeal was totally rejected in Romania and 42% in CEE, while 28% of the Romanian companies obtained a fully or partly successful solution, compared to an average of 38% in the region.

PwC conducted a survey, between March and September 2019, in the field of tax services and litigations, in 17* countries of Central and Eastern Europe, attended by 872 respondents from various companies. The main purpose of the survey was to identify and analyze information regarding the relationships between taxpayers and tax authorities – assistance provided to taxpayers, issues regarding tax inspections, as well as issues related to litigations and their resolution.

At PwC, our purpose is to build trust in society and solve important problems. We are a network of firms in 158 countries with over 276,000 people who are committed to delivering quality in assurance, advisory and tax services. Find out more and tell us what matters to you by visiting us at www.pwc.com. PwC refers to the PwC network and/or one or more of its member firms, each of which is a separate legal entity.