Almost 17.5% of the executive directors (CEOs) of the world’s largest 2,500 public companies left their office last year, according to the 2018 CEO Success study, recently released by PwC and Strategy&. The turnover hit a record high of the last 15 years of the 19 years covered by the reports.

Over two thirds of the replacements occurred because of succession plans, and 20% were forced out of office. For the first time in the history of the study, ethical lapses were a more frequent cause of forced replacements than financial performance. At the same time, the report noted that the involvement of investors was an important factor in the decision to change the executive directors. Thus, if, in 2000, the median tenure of a CEO was of at least eight years, in the last decade, the median tenure has been of about five years. 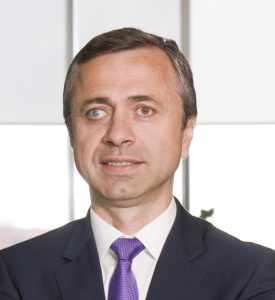 Ionuț Simion, Country Managing Partner, PwC Romania: “Most of the long serving executive directors leave their offices in planned successions and ensure a smooth transition. However, the replacement of a CEO is a process with many challenges and unknowns, no matter the reasons. Shareholders are eager and want immediate results. Therefore, the pressure on successors increases exponentially, especially when they come after executives with mandates for over a decade, company founders or visionaries who have transformed their organizations.”

Portrait of the long serving CEO

The portrait of a long serving CEO, according to the study, has the following characteristics: the average age of 53 years, experience in public companies, as well as international experience, has an MBA and was promoted from within the company.

“Analysing the findings of the study, we notice that the long serving CEOs are more efficient, less likely to be forced out of their office and bring greater benefits to shareholders than those with short mandates. At the same time, the executive directors promoted from within the companies have better results than those recruited from outside”, says Ionuț Simion.

The main findings of the report
– the industries with the highest replacement rates for executive directors are: communications (24.5%), consumer goods (22.3%) and energy (19.7%).
– the health services registered the lowest rate of replacement, of 11.6%.
– 19% of all executive directors remain in office for at least a decade.
– CEOs in North America are more likely to have long-term mandates (30%), followed by those in Western Europe (19%), Japan and the BIS countries – Brazil, Russia and India – (7%).

At PwC, our purpose is to build trust in society and solve important problems. We’re a network of firms in 158 countries with over 250,000 people who are committed to delivering quality in assurance, advisory and tax services. Find out more and tell us what matters to you by visiting us at www.pwc.com. PwC refers to the PwC network and/or one or more of its member firms, each of which is a separate legal entity. Please see www.pwc.com/structure for further details.

Strategy& is PwC’s global strategy consulting business, and the only at-scale strategy business inside a professional services network.