The skills of employees (55%), the use of data to stimulate an innovative audit approach (55%), the complexity and uncertainty of regulations (55%) and the need to strengthen corporate governance and strategic processes (53%) represent the main challenges faced by internal audit departments in Romania, according to the Romanian Internal Audit Survey: Internal Audit in the Era of Continuous Transformation, conducted by KPMG in Romania.

The survey, conducted among heads of the internal audit function, presents their priorities and challenges in 2019 given the transformation of internal audit into a function with a strategic role for companies, as considered by almost two thirds of the respondents (63%). However, for the other respondents (37%), internal audit is not yet ready to go beyond the level of a compliance function.

Cezar Furtună, Partner and Head of Audit & Assurance, KPMG in Romania & Moldova:”The expectations of the internal audit function have never been higher, as the role of internal audit is now placed in a strategic perspective in many large corporations. It is true that corporate governance, risk management and internal controls are today in the hands of regulators,stakeholders and the general public. Thus, internal auditors need to be proactive and receptive to market challenges. However, their role is much more important than this. If the resources are allocated to actions that do not support a strategic goal, then the concern and responsibility of the board of directors will be to identify the reason for such a waste of resources and to redirect them to optimal use. At this point, internal audit becomes a key-tool of governance, in its strategic approach of monitoring the efficiency and effectiveness of the business. Moreover, the audit committee and board of directors must ensure, including through a periodical independent external assessment, that the internal audit function has an appropriate position in the organization and the necessary human resources and processes to respond in order to be in line with the objectives and strategic initiatives of the company.”

According to our survey results, the main priorities for the audit plan considered by Romanian heads of the internal audit function include: ensuring operational efficiency and effectiveness (89%), alignment of internal audit activities to the organisation’s objectives (71%) and ensuring compliance with the applicable regulatory framework (58%). The driving factors in developing the internal audit plan are the use of a risk-based methodology for 92% of respondents, as well as requests from the audit committee (76%) or the evolution of regulatory requirements (71%).

The concern for adequate training to be provided for internal audit department personnel is not further reflected in the budgets allocated to professional training courses – which cover less than 5% of the total budget of the internal audit department (71% of respondents) – despite the respondents’ expressed need to have professionals with various skills in areas such as IT, fraud investigation, data and data analytics (89%), technical skills in relation to the main processes of the company (84%) or internal audit skills (79%).

– A high proportion of respondents (58%) use independent external assessments of internal audit activity every five years, in compliance with the requirements imposed by international internal audit standards. 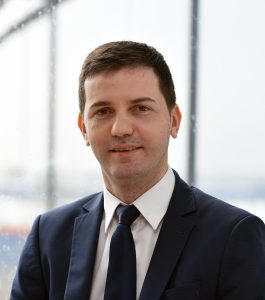 Cezar Furtună: „Law No. 162/2017 on the Statutory Audit of Annual Financial Statements and Annual Consolidated Financial Statements reiterates the existing requirement in the Company Law (Law 31/1990) and EGO 75/1999, according to which companies whose annual financial statements are subject to statutory audit are required to organize and ensure the carrying out of internal audit activity. What’s new this time? Why have you probably heard so much discussion about this topic? Perhaps because Law 162 also sets a penalty for those companies which do not comply with these provisions –a fine ranging from 50,000 RON to 100,000 RON. Therefore, most probably, we will see accelerated implementation of these provisions in the near future. Our survey highlights, among other aspects, that internal audit should not be perceived and implemented as a ticking of a regulatory requirement, but as a beneficial activity that adds value to companies.”

Richard Perrin, Partner and Head of Advisory, KPMG in Romania: „Over time, the evolution of stakeholder expectations has constantly altered the perspective of the internal audit role. The new requests from the board of directors, leaders and regulatory authorities require internal auditors to increasingly focus their efforts on activities that generate added value, beyond regulatory compliance issues. In a business environment that is changing faster than ever and in which automation solutions are being adopted quickly and in more and more areas of activity, internal auditors are playing an increasingly important role. In view of the major uncertainties caused by the assault of disruptive forces, the internal audit function must evolve to help the organization understand and manage the associated risks, achieve the expected results of automation and continue to innovate in order to achieve added value.” 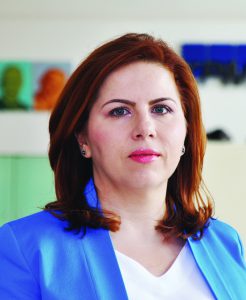 Adela Ciucioi, Partner and Head of Technology, Media & Telecommunications, KPMG in Romania: „By using intelligent automation solutions, the internal audit function gains efficiency by improving the quality and consistency of processes, planning, testing and reporting activities, including the transition from limited testing of samples to full testing of audited population. Furthermore, through digitalization and automation processes, the internal control environment can improve, especially in the prevention area, due to the introduction of automated controls instead of manual ones, real-time analysis, followed by automatic escalation and resolution of anomalies, empowering the organization by increasing added value with limited consumption of resources.”

For more information on the 2019 Romanian Internal Audit Survey, conducted by KPMG in Romania, please access this page.

In this year’s survey we received answers from 38 respondents, represented by Romanian heads of the internal audit function from banking (42%), insurance (21%), as well as from the production and non-financial services industry (37%). 42% of respondents represent companies with an annual turnover exceeding 500 million RON, 50% of these have assets of at least 3 billion RON, and 4 out of 10 respondent companies have 1,000 employees or more. The survey was conducted online in the fourth quarter of 2018.

KPMG is a global network of professional firms providing Audit, Tax and Advisory services. We operate in 153 countries and have 207,000 professionals working in member firms around the world. The independent member firms of the KPMG network are affiliated with KPMG International Cooperative (“KPMG International”), a Swiss entity. Each KPMG firm is a legally distinct and separate entity and describes itself as such.