Deloitte has been ranked the top M&A advisor in Central and Eastern Europe in deals count by Mergermarket, a leader in M&A intelligence and analysis, in its latest Global & Regional M&A Report 2018, based on data on disclosed transactions over 5 million US dollars. Deloitte has also been named the leading M&A advisory practice in Europe and at global level, based on deals count.

Deloitte’s teams of corporate finance professionals advised 27 M&A transactions in 2018 in Central and Eastern Europe, up by four deals compared to 2017, with a total disclosed value of 135 million US dollars. On European level, Deloitte successfully closed 329 deals, while the total global count reached 468 M&A deals in 2018. 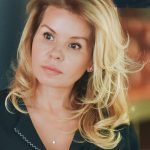 Ioana Filipescu, Corporate Finance Partner, Deloitte Romania: “In 2018, our consultants contributed to the success of some of the largest M&A deals in the country. I am proud to be leading the best M&A team in Romania, with the continuous support of senior professionals such as Iulia Bratu, Florin Paunescu, Dragos Cruceru, and to contribute to such inspiring achievements.”

In 2018, the Romanian M&A market reached an estimated value between 3.8 and 4.3 billion euros, including undisclosed deal values, according to Deloitte Romania research. The average value of disclosed transactions was approximately 50 million euros.

Deloitte Romania Corporate Finance team was lead advisor in some of the largest deals of 2018 in our country, such as the sale of Farmexim and Help Net to Phoenix, the acquisition of Fabryo by AkzoNobel, the sale of Animax to TRG and the sale of IKB to BNP Paribas.