All 6 Central and Eastern Europe (CEE) countries, namely the Czech Republic, Hungary, Poland, Romania and Slovakia, continued to confront with large VAT gaps, ranging between 7% in Estonia and 35.88% in Romania. In the other CEE countries, the VAT gap was 13.33 in Hungary, 14.19% in the Czech Republic, 20.80% in Poland and 25.68% in Slovakia.

Annually, the European Commission monitors the VAT collection deficit* (˝the VAT gap˝) recorded by the EU Member States, which is calculated as the difference between the VAT liability and the amount of VAT actually collected. The latest European Commission study** analyzes 2016´s VAT gap.

In 2016, out of all EU Member States, Romania ranked last again when it comes to VAT collection, with a 35.88% VAT gap. The fact that Romania´s 2016 VAT gap is higher that its 2015 one is concerning, while most Member States recorded decreases of the same indicator, Bulgaria recorded the highest decrease. According to the European Commission´s study, despite the fact that Romania´s standard VAT rate decreased in 2016 from 24% to 20%, Romanian VAT non-compliance increased, negatively contributing to its VAT gap.

During the past years, some EU territories adopted various tax administration reforms and upgrades, such as real time reporting, mandatory e-invoicing or SAF-T, which led to lower VAT gaps. 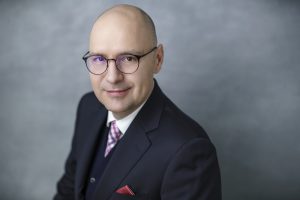 “La the EU level there are six countries*** that registered a higher VAT gap in 2016 comparing to 2015. Romania is the only country from the Central and Eastern Europe, except for the Baltic states, in this situation, this is why we consider it is important that our country should follow other states´ best practices in terms of the electronic interaction with the taxpayer. If ANAF opted to implement modern VAT collection methods, this would create the premises of a normal framework and of the evolution of the VAT collection process, not only on short term, but also on the medium and long run, which is what both ANAF and honest taxpayers want”, said Daniel Anghel, Partner, Leader of the Tax and Legal Department, PwC Romania.

* The VAT gap covers VAT losses due to evasion, fraud, insolvency, bankruptcy, administrative errors and unlawful tax advantages.
** To access the European Commission´s press release and the study on the VAT Gap in the EU-28 Member States: http://europa.eu/rapid/press-release_IP-18-5787_en.htm
*** The six European countries with larger VAT gaps in 2016 compared to 2015 are Romania, Finland, Great Britain, Ireland, Estonia and France.

About PwC
At PwC, our purpose is to build trust in society and solve important problems. We’re a network of firms in 158 countries with more than 236,000 people who are committed to delivering quality in assurance, advisory and tax services. Find out more and tell us what matters to you by visiting us at www.pwc.com.