Bucharest, 31 July 2018. Multinational groups of companies anticipate substantial legislative changes, increasing compliance burden with international reporting rules and greater scrutiny, according to the fifth edition of Deloitte “BEPS Global Survey”. The survey has been conducted each year starting with 2014 in order to observe the impact of implementing of “Base Erosion and Profit Shifting (BEPS)*” plan, initiated by the Organisation for Economic Co-operation and Development (OECD). Romania became an associated member state of BEPS in June 2016, by submitting the agreement of participation to the OECD.

“Major legislative changes that will really impact multinational companies across the globe will take place in 2019-2020. Meanwhile, the groups prepare to reduce the potential risks or disputes with the authorities as BEPS will have larger implications than it is currently estimated, on various levels: business models, legal forms, earnings or cash flow. Certain companies in Romania have already experienced the implications of BEPS as a result of implementing in the Tax Code, from January 1, 2018, of the Anti Avoidance Tax Directive (ATAD) derived from BEPS. It is only an example proving that the international tax evolutions should also concern the companies in Romania,” said Dan Badin, Tax and Legal Partner-in-Charge.

Key findings of the survey: 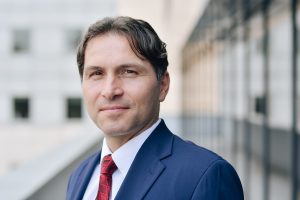 “The respondents consider one of the most significant areas of change for their businesses generated by BEPS is that smaller economies will become less attractive for multinationals as business location, as global tax rules tend to unify. In this context, as I have mentioned with different occasions, Romania should analyze the implications of international fiscal initiatives for its own economy and take proper measures to mantain its attractiveness for global investors,” said Dan Badin. “Another remark of interest for the Romanian companies would be that leaders of multinational groups need to have a clear overview of their activities in every jurisdiction: where their incomes are made, their profits are earned and how taxes are paid. This approach arose as a response to public pressure for transparency, materialized in increasing reporting requirements  and of tax audits. Thus, taxation has become a corporate responsability issue, not only a matter of compliance with local and global rules.”

* The BEPS Plan contains a series of recommendations on amending national tax legislations and international rules to address the shortcomings and inconsistencies that can be used by companies to transfer profits to jurisdictions with a lower tax rate. The priority measures in the BEPS plan relate to: counteracting harmful tax practices taking into account the transparency of information and the economic substance of transactions; preventing the abuse of double taxation treaties; country-by-country reporting and streamlining of dispute resolution mechanisms.

447 people from 39 countries responded to the survey (excluding Romania). Most of them are CFOs. The fully survey can be read here: https://www2.deloitte.com/content/dam/Deloitte/ro/Documents/Deloitte-tax-beps-full-survey-results-2018.pdf