The European IPO market ended the first half of 2018 with total proceeds of €21.8bn raised from 168 IPOs, an increase of 5% in money raised and 4% increase in the number of IPOs compared to H1 2017, when 161 IPOs raised €20.8bn.  The increase in activity compared to the same period last year was largely due to the strong first quarter of 2018 where European IPO values were boosted by the mega-IPOs of Siemens Healthineers and Deutsche Bank’s DWS Group on Deutsche Borse.

In mainland Europe, the Nordic Exchanges continue to be active with 24 IPOs raising €1.8bn this quarter. The largest IPO in the region was Kojamo, a Finnish real estate business. The largest IPO of the quarter was Ceva Logistics which raised €1.1bn on the SIX Swiss Exchange, which represented 12% of the total Q2 IPO values and was the only mega-IPO this quarter. 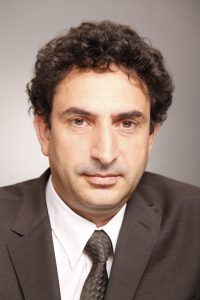 “The first half of the year ended with an increase in IPO values of 5% on H1 2017 largely due to the mega-IPOs across Europe in the first quarter of the year. With the potential trade war between the US and the rest of the world, as well as the ongoing Brexit negotiations as we move into the second half of the year, volatility could well creep back into the markets, potentially unsettling the IPO markets across Europe. Despite a more subdued second quarter, and the current economic and political outlook, the market is open and deals are being done. Pricing will likely remain a challenge and investors are increasingly selective. That said, we expect to see the volume of IPO activity picking up again in the second half of the year” said Sorin Petre, Partner, Valuation and Economics, PwC Romania

Despite ongoing uncertainty around the Brexit negotiations, London has shown it is still able to attract cross-border IPOs with two of the top five European IPOs in Q2 taking place in London. Czech-based Avast plc and Africa-focused Vivo Energy raised £692m and £603m respectively. 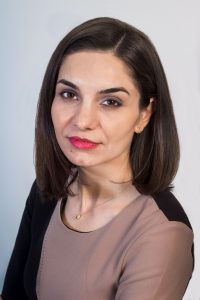 The technology sector dominated UK IPOs and accounted for 40% of the money raised in Q2, which included the third largest IPO of the quarter, Avast plc, and gaming companies, Codemasters Group and Team 17 which raised £185m and £108m on AIM respectively.

„We can characterise the first half of the year on the Bucharest Stock Exchange (BSE) as an effervescent one, with index including dividends, BET-TR, grew 11% at the end of the first six months. At the same time, the global index provider MSCI upgraded the accessibility criteria for Romania sending a positive signal both for investors and potential investors. In this context we see the second part of the year keeping up the pace with data provided by the first six months, now that mid-July BSE will start trading 12 certificates of Erste Group Bank AG. I believe that the signals received from the Bucharest capital market are encouraging both for investors and companies that trade their shares on the Stock Exchange”, said Ileana Gutu, Senior Manager, Valuation and Economics, PwC România