Luminita’s role as a Member of the Court will involve attending the Court Sessions (plenary and committee sessions), preparing reports and participating in the decision-making process. 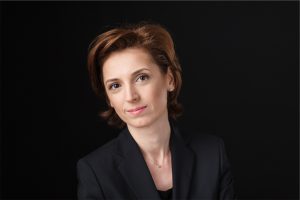 “The ICC Court of International Arbitration is one of the strongest and most trusted international arbitration bodies. It is an honor to represent Romania at the Court. I look forward to working with such a distinguished group of experts and make an effective contribution to the quality and efficiency of services provided by the Court”, said Luminiţa Popa.

The Court has a membership that currently totals 176 individuals from 104 countries. The appointment is effective as of July 1st 2018 for the following 3 years.

While serving in this new role, Luminiţa will continue her practice at Suciu Popa, representing clients in several high-profile international arbitrations. She also acts as arbitrator.

Luminița Popa is largely recognized as one of the most experienced lawyers in international dispute resolution, acting as counsel and arbitrator in numerous proceedings. She is recognized by Who’s Who Legal – Arbitration, being also ranked for Dispute Resolution in Legal 500 EMEA, IFLR 1000 and Chambers Europe.

According to clients, she is “a real force in the profession”, impressing with her “outstanding understanding of commercial and technical matters” (Who’s Who Legal: Arbitration). “Luminita Popa proved an extraordinary combination of talent and dedication.” (Chambers Global) being praised as “the best in Romania for international arbitration” (Legal 500).