Bucharest, 14 December 2017. On the backdrop of a stable economic context in the region and with growing macroeconomic indicators, Romania has won the deal doers’ trust now becoming a core market for private equity funds next to Poland, according to the Deloitte Central Europe Private Equity Confidence Survey. 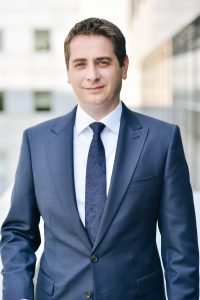 “We have seen a significant increase in the activities of the private equities in Romania, following successful rounds of fund raising, but also successful exits performed in the past year,” said Radu Dumitrescu, Partner Deloitte Romania. “Some of the largest transactions closed during the last period of time include Profi’s acquisition by MEP and Allianz Capital Partners acquisition of a minority stake in EoN Distributie Romania. I expect that in Romania private equities will be in the front line with large deals during the following period and I would not be surprised to see multi hundreds of millions of EUR single transactions that will have a private equity involved. Romania has more businesses of interest to large PE houses in sectors such as life sciences, oil and gas, financial services or manufacturing and production. Romania is now playing in the same league with Poland and I strongly believe that we are finally and definitely on the map of large PE funds.”

Following a bumpy year after the Brexit vote, Europe and CE is showing resilience and even signs of strength, which project one of the region’s strongest years ever for both exits and fundraising as many of CE’s private equity houses generate strong returns for their investors.

After a gentle increase in the spring, confidence in Central Europe has rebounded more strongly over the last six months to end on 130. The uptick, from 113 in the spring, is encouraging as it marks the highest level in three years. Much of this is likely down to confidence in the economy, with 90% of respondents expecting the healthy backdrop to remain the same (64%) or improve (26%) over coming months.

The latter point on fundraising shows international confidence in the region’s private equity prospects, given the lion’s share of commitments to CE PE funds come from abroad.

The survey has also revealed vendors’ strong expectations on pricing are here to stay, and possibly increase: a third of respondents (31%) feel vendors will ask more for their assets over the coming months, while most of the remainder (61%) feel current expectations will remain. Indeed most respondents (54%) felt sellers had increased their pricing expectations over the last six months.

“Liquid leverage markets are conducive to deal doing, and this may help support prices.  This is helpful for vendors and may be part of the reason the exit market has been strong,” Mark Jung, Deloitte Partner and Private Equity Leader said.