Bucharest, 30 October 2017 – On the occasion of the annual conference Taxnology, Deloitte Romania conducted a survey among the participants representing of some of the largest investors in Romania, to find out the perception of the business environment regarding the evolution of taxation in 2017.

The set of questions was similar to the one used in the 2015, thus providing the opportunity to make a comparison of the current answers with those provided two years ago. 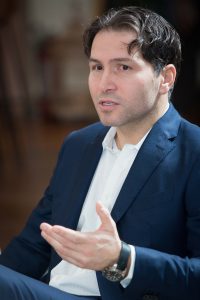 “We see that in 2017 the percentage of those who consider that the tax system had a positive evolution has halved. At the same time, we note that the percentage of those who believe that the legal changes lead to fiscal relaxation or fiscal predictability has diminished. In Deloitte’s opinion, the deterioration in the perception of the business environment is not necessarily determined by legal changes or tax increases, but by the way in which discussions about tax policies have taken place lately. We are concerned about the increase of mistrust, as it will ultimately affect the business decisions regarding opening new businesses, expanding or hiring and implicitly affecting the Romanian economic growth that brings wealth for companies and their employees, therefore for the country as a whole,” said Dan Badin, Partner-in-Charge Tax and Legal Services Deloitte Romania.

About the impact of the legal changes on their business