Bucharest, 28 September 2017 – The 3rd edition of the Romania Sustainability Report Award by Deloitte, also known as Green Frog Competition, is open for applications until 20 October 2017. The awards will be offered at national and international level, in three categories: The Best Non-Financial Report for the Central European (CE) Region, The Best Integrated Report of the CE Region and honorable mentions. 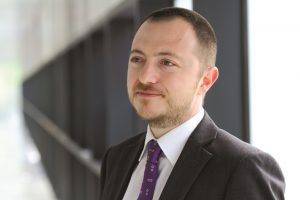 “Sustainability reporting should be a natural practice for each company. Reflecting, analysing, comparing and tracking non-financial data in time is a valuable process, mainly because it provides an integrated perspective upon each organization and allows internal decision-makers to evaluate risks and opportunities, to understand exactly where they stand in terms of people, corporate governance, diversity and compliance,” said Andrei Ionescu, Risk Advisory Partner Deloitte Romania.

“From an external perspective, sustainability reports are a proof of transparency and respect towards stakeholders, as the role of the companies is shifting, from solely profit seekers, to prosperity enhancers. Starting this year, around 6,000 large public interest entities and groups of companies in the European Union are under an obligation to reveal non-financial data and information about diversity. That is why we strongly encourage each reporting company to submit its application on the local market.”

Over 60 reports enter the competition at the national level every year and the best are nominated at the CE level and compete for the main regional Green Frog Award.

The following types of reports can join the contest: social reports, CSR reports, sustainability reports, and integrated reports covering the previous one-two financial years. Reports can be submitted by large companies, holdings, capital groups, SMEs, as well as foundations and universities. All reports must focus on the local market; the jury will not evaluate global reports translated into the local language. Reports should follow: GRI Standards, GRI G4, IIRC, UN Global Compact, ISO 26000, EU Directive 2014/95/EU on disclosure of non-financial and diversity information by certain large undertakings and groups.

Romanian companies have qualified in the CE competition in the past editions of the contest, with Ursus Breweries receiving an honorary mention from the jury. For more information about the competition, please visit our website.