Bucharest, 13 July 2017. The M&A Market in Romania has reached EUR 889 million in the second quarter of the year according to public sources and disclosed transactions, more than double compared to the first quarter, an analysis by Deloitte Romania has revealed. The total number of relevant transactions was 19. Compared to the similar period last year, in 2017 the number of transactions grew by one and the disclosed value has increased three times. 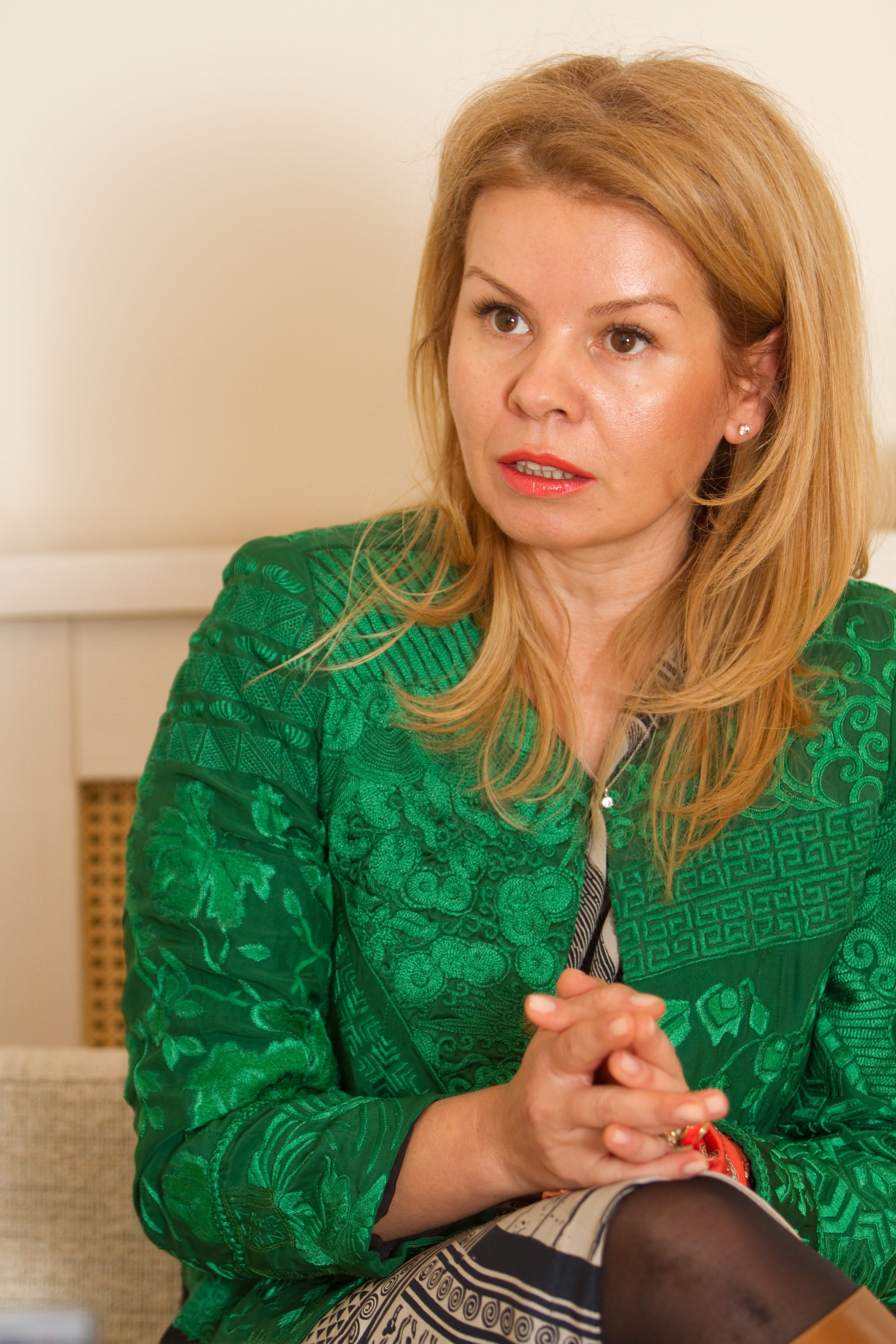 “We have seen a very good quarter for the M&A activity in Romania, in line with our expectations driven by the favourable macroeconomic environment and solid results posted by the Romanian companies. Currently, Romania is an exciting destination in many sectors, especially in financial services, retail & consumer, healthcare and industrial products. We expect the increasing trend in the M&A market to continue during the second half of the year”, said Ioana Filipescu, M&A partner Deloitte Romania.

The largest transaction in this quarter, which has skewed the aggregate data, but has not reached the size necessary to be classified as mega-transaction is the EUR 401 million acquisition of 13.6% of E-Distributie Muntenia and Enel Energie Muntenia by Enel, following the conclusion of the international arbitration regarding to the privatization of Electrica Muntenia Sud.

The second largest transaction is the announcement of the long rumoured acquisition of the AFI Park office buildings by Dedeman, with an estimated value of EUR 164 million. The third largest transaction of the quarter is the sale of 50% of the business of Iulius Holding to Atterbury Romania. According to Deloitte estimations, the value of the transaction was EUR 150 million based on a EUR 300 million-estimated value of the target assets. 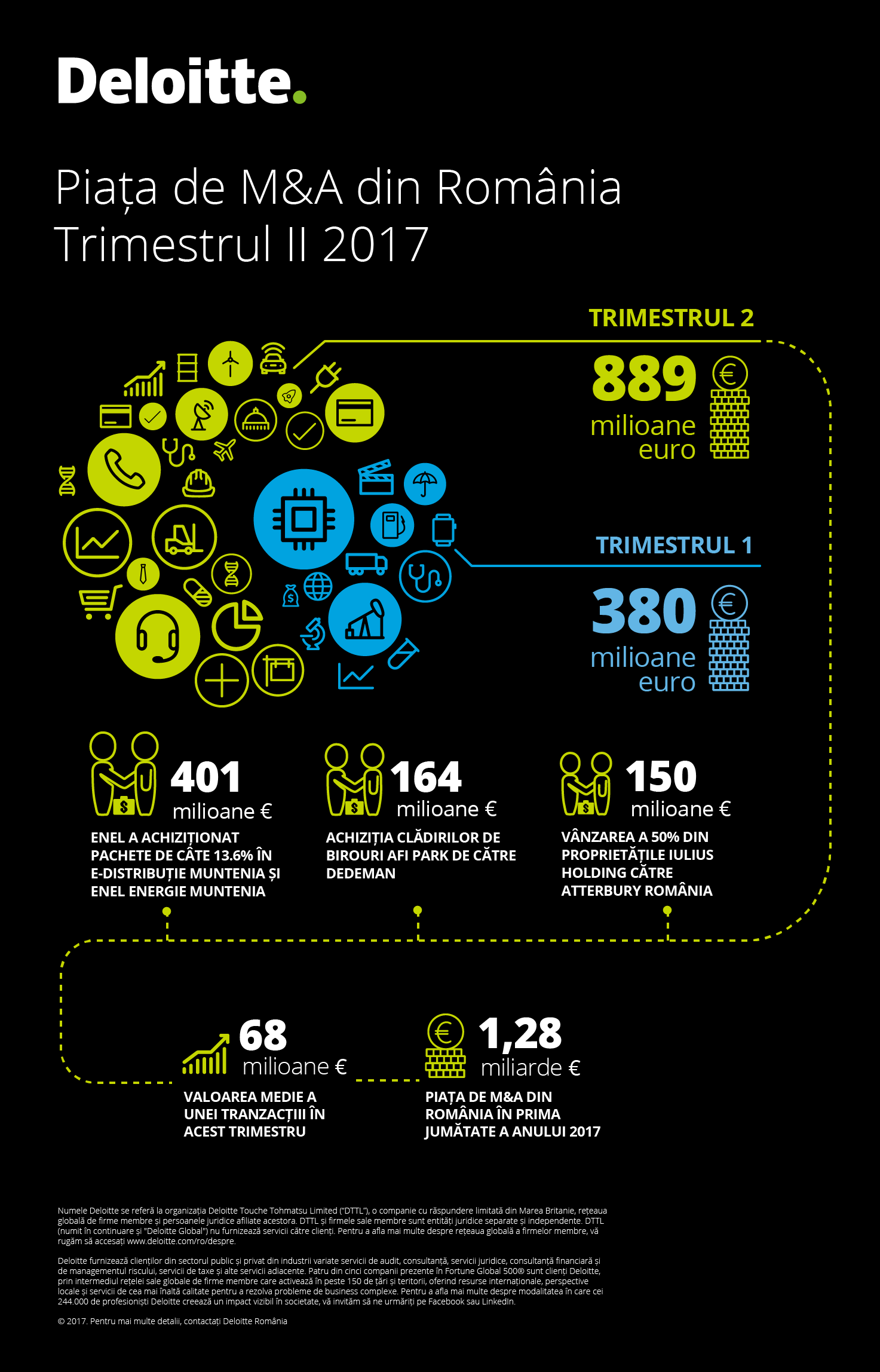 The average transaction size in the quarter was 68 million EUR, due to the large impact of the top three transactions. After reviewing the transactions with undisclosed or publicly estimated value, Deloitte’s best guess on the total Romanian M&A market value in the second quarter of 2017 is in the 950 million – 1 billion EUR range. 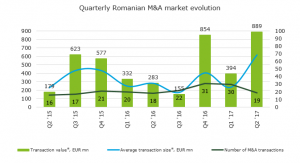