The post-Brexit slump in private equity activity now appears to have been more pause than paralysis, particularly in Central Europe, where year-end activity saw the region blip powerfully on investors’ radars. This was because a number of large deals and exits were recorded, and dealflow is expected to continue apace: nearly half of respondents (47%) expect an uptick in activity, up from a third six months earlier.

Deal appetite is strong, with 63% of respondents expecting to buy more than they sell in the coming months. Deal-doing optimism and economic strength tend to go hand-in-hand, and it is no different in this survey, with a doubling of those expecting an improvement (16%) in the region’s economic backdrop over the coming months.  Equally inspiring is that just a tenth expect a deterioration in conditions, down from 30% in October 2016. 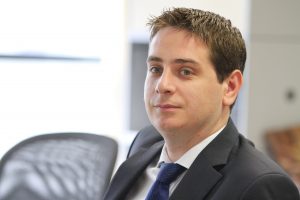 “I believe that the good macro-economic results of an important number of countries in the region (which are expected to continue) are not only a good indicator that opportunities exists but also a driver for the large PE houses to turn their face and/or continue invest in our region. I believe that we will see PEs focusing investments in companies in Romania acting in technology, production and services. Of course, the companies currently controlled by PEs will continue to acquire smaller businesses in the region (add on) which will increase the M&A activity even further. As the excess liquidity in the market is still a fact, I expect that PE’s will be looking even more actively to identify potential targets that can generate significant future growth.”

Market leaders continue to be the most competitive targets in the region, though mindsets are shifting, with middle-sized growing companies shooting up the table: 42% expect this segment to attract the highest competition for investment over the coming months, more than double last survey’s 20%. This may be vindication of the region’s increasing number of maturing businesses.