Schoenherr has achieved an important victory on behalf of Vienna International Airport (“VIE”) and the province of Lower Austria in the case regarding the construction of a third runway at the airport. Schoenherr partner Christian Schmelz and his team succeeded in persuading the Constitutional Court to overturn the decision of the Federal Administrative Court from February 2017, which had rejected the permit application for the environmental impact assessment that would be necessary for the construction of the third runway. The Federal Administrative Court must now reach a new decision in this matter. 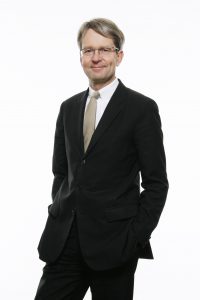 “The decision of the Constitutional Court is significant in that it has far reaching consequences for many other projects beyond the scope of the third runway. It is also relevant to Austria as a business hub,” stated Schoenherr environmental law expert and partner Christian Schmelz. “The Constitutional Court has cleared the uncertainty left as a result of the decision reached by the Federal Administrative Court at the beginning of the year. The swift and clearly-worded verdict was thus highly welcome.”

The permit application for the construction of the third runway at VIE was rejected by the Federal Administrative Court on the grounds of climate protection and land use. As a result, Schoenherr lodged a complaint with the Constitutional Court as well as an extraordinary appeal with the Higher Administrative Court.

The team supporting Christian Schmelz has been advising and representing VIE and the province of Lower Austria in this litigation as well as in other cases regarding the third runway. Schoenherr was supported by a team of technical and legal experts, both local and international, among which were KWR partner Bernhard Raschauer, Of Counsel; and Wolfgang Koeberl, head of the legal department of Vienna International Airport.