Registration will close on July 31, final rankings will be announced in October 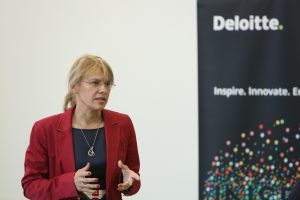 “Privately owned companies, including from the technology area, are key drivers of a healthy economy. We have followed the Fast 50 companies throughout their various stages of development and I am proud to remark that among them there were many successes”, said Alina Mirea, Partner Deloitte Romania and local program coordinator. “Since its inception, Fast 50 has built communities able to make an impact that matters locally and in the international arena.”

Managing Partner of software solutions and consultancy company Tremend that ranked highest in 2016 Marius Hanganu said: “We believe that the Romanian tech talent still has many things to say in the future technology landscape. A ranking like Deloitte Technology Fast 50 CE offers a broad recognition of local innovation, entrepreneurship and intellectual property and also celebrates the potential to make a significant impact in tomorrow’s technology market.”

“For Tremend, being recognized as the fastest-growing Romanian technology company in this ranking came as a celebration of over 11 years of innovative projects for companies around the world, and also a gate towards new business opportunities.”

In his turn, Iulian Iuga, Chief Executive Officer of the software developer Accesa said: “As participants and winners (in 2012 and 2016), Deloitte Technology Fast 50 is one of the most relevant events we can attend every year. The program offers us the chance to identify our position in such a dynamic IT market and to evaluate to what extent the sum of our innovation has a strategic impact on the market. As winners, our main benefit was a boost of credibility on our brand. Besides that the award had a positive impact in terms of brand awareness.”

In 2016, four Romanian companies were present in the Fast 50 ranking and one company was included in the Big 5 ranking.

Fast 50
To qualify in the main Fast 50 ranking, companies have to meet the following criteria:

• Annual revenues of at least €50,000 in each year between 2013 and 2016
• Headquarters in a Central European country
• Active in the following fields: hardware, software, communications, media, life sciences (biotech), clean technologies
• Develops or owns proprietary technology that contributes to a significant portion of the company’s operating revenues; or manufactures a technology-related product; or devotes a high percentage of effort to research and development of technology Using another company’s technology in a unique way does not qualify
• Ownership structure excludes majority-owned subsidiaries of strategic entities

Winners are selected based on ranking eligible registrants by revenue growth over a four-year period from 2013 to 2016.

Rising Stars
In the ‘Rising Stars’ category, Deloitte ranks ‘young’ companies that show great potential but are too young to meet the minimum of four years in operation criteria for the main category. Eligible companies must be in operation at least three years and have to exceed revenues of €30,000 in each of the last three years (2014 – 2016). Otherwise, the same criteria apply as for the main Fast 50 ranking.

Big 5
The ‘Big 5’ category ranks large fast-growing companies that have achieved extraordinary growth in the previous four years. To be eligible, companies must meet the same criteria as the main Fast 50 ranking with the exception of annual revenue in the final measured year (2016), which must exceed €25 million for this category.

Online registration and eligibility criteria are available on the regional Technology Fast 50 website at www.deloitte.com/cefast50. Eligible registrants will join automatically the competition known as the Deloitte EMEA Technology Fast 500. Registration for this year’s ranking will close on 31 July 2017. Final rankings will be announced in October 2017.