Encouraging voluntary tax compliance of the tax payers could be one of the solutions to increase budget revenues for Romania. This is one of the conclusions of the PwC conference – “The change of the taxation paradigm in Romania”, that took place in Bucharest today. The new proposal to change the taxation system for individuals and the introduction of the household taxation was also broadly discussed. 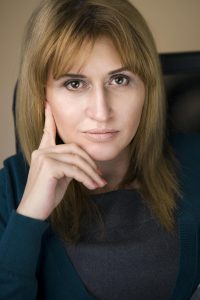 “Starting this fall, the common reporting standard will be implemented, which means basically the start of the automatic tax and financial information sharing between several countries from around the world, including Romania. In this context, it would be best if Romania takes into consideration the introduction of a voluntary tax compliance program, that would encourage tax payers to declare transparently their assets held abroad. Such a program was for example adopted by the United Kingdom last year. The “Requirement to correct” program grants the British tax payers the last chance to declare their assets held abroad no later than September 2018, after which, if they don’t comply, they will face the full consequences of the law, if identified”, stated Mihaela Mitroi, Tax and Leader Services Leader, PwC Romania.

Tax compliance programs have been implemented in the past years in 21 Member States of the European Union, including CEE countries such as Poland, Hungary, Czech Republic, Slovakia, or Slovenia. In many cases, these initiatives stipulate the total or partial cancelation of penalties and exoneration from criminal charges. Also, according to OECD information, other 23 countries from outside the EU have introduces voluntary tax compliance programs, such as the United States, Canada, Japan, Switzerland and Australia.

“In the same time, in order to increase the level of tax revenues we could look at the opportunities offered by technology, such as the interconnection of the public administration data bases, as well as implementing the program for connecting the electronic cash registers to the ANAF servers, in order to ensure the full monitoring of transactions. Also, there are other measures that can lead to the simplification of the tax declarations procedures, for example by implementing a state of the art IT system such as Poland did”, added Mihaela Mitroi.

The event enjoyed the participation of mr. Eugen Şerban, Director within ANAF in charge with Tax Inspections for Individuals. He held a presentation about the latest developments in the two programs for tax inspections carried out by ANAF, the measures for improving tax compliance undertook by ANAF, as well as the challenges encountered by his institution.

As for the intended introduction of the household tax, the PwC specialists have highlighted the associated risks of abandoning the current withholding system.

“We have to say that all EU member states practice the withholding system by the employers. The same system operates in the United States as well for the revenues from salaries and pensions. The transition from the withholding system to a yearly declaration of revenues implies a profound change of mindset and tax procedures, both for tax payers, who will have to calculate all year round just how much of their revenues they can spend and how much should save in order to pay the yearly income tax, but also for the tax authorities, that will have to make a huge administrative effort in order to cope with the increased volume of information that the new system brings”, added Mihaela Mitroi.

In 18 member states of the EU there is no concept of a family unit for tax purposes, while in countries where such a unit is clearly defined in the legislation, it is usually up to the tax payers to register for tax purposes as an individual or as a family. Also, in the United States, the tax payers may choose if they want to pay their taxes individually or as a family. 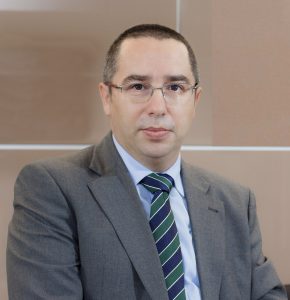 “The transition to the new taxation system will entail some major challenges in terms of tax procedure, starting with the necessity to clearly define the notion of the household, which is not existent in the current civil legislation in Romania, as well as establishing its judicial status. Also, it will have to be clarified how will work the proposed system of hiring several thousand tax consultants, paid by the state, but theoretically serving the interests of the tax payers, taking into consideration the inherent conflict of interests that may arise, including in what it means the fiscal responsibility between these two categories. Finally, we need to see how does the state intend to check the functioning of the new system, that involves the registration of a significantly larger number of tax subjects, which should be put normally under tax inspection, taking into account the limited administrative capabilities of the Romanian tax authorities”, stated Dan Dascălu, Partner, D&B David şi Baias.

“We believe that all these issues require an in depth analysis and, before implementing the new system, there should be some comprehensive public consultations with the specialists from the business environment, the academia, the civil society, tax courts as well as with foreign specialists, in order to better understand how do these tax institutions work in other countries”, added Dan Dascălu.

The conference „The changing paradigm of taxation for individuals in Romania” is part of the globally assumed mission of PwC to contribute to solving important problems for society.