The Public Speaking Internship. An informal approach covers topics that will help interns gain a comprehensive understanding of fundamental public speaking techniques, such as how to structure a speech, how to deal with speech anxiety, how to address counterarguments persuasively, and how to use humour effectively.

The internship is open to students from any law school, irrespective of their year, who aspire to lay the foundations for a successful speech or simply enhance their public speaking skills, regardless of future professional ambitions (i.e., business/commercial lawyer or pleading lawyer), personality type (i.e., extrovert or introvert), prior public speaking experience etc. 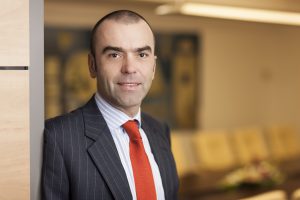 The Public Speaking Internship. An informal approach is designed for a less formal environment, encouraging interaction and active participation, and consists of both theoretical and more practical presentations. The lectures are Florentin Țuca, Managing Partner, and Dan Cristea, Managing Associate, both lawyers with extensive expertise in public speaking and rhetoric. A raft of key-note speakers from various fields is also expected to join in as special guests.

The Public Speaking Internship. An informal approach is part of a suite of similar initiatives led by Țuca Zbârcea & Asociații, with the firm being an active promoter of debate as a teaching tool and an integral part of the education system in Romania. On various previous occasions, Managing Partner Florentin Țuca has pointed out the role of logic and rhetoric in nurturing the younger generations and preparing them to explore a variety of professional roles, including a career in the legal field. 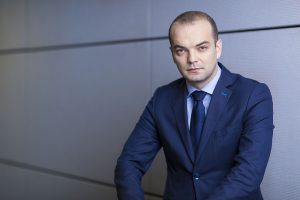 “In spite of what is commonly believed in the field or what is advertised in relation thereto, mastering the art of rhetoric has very few recipes. An excellent public speaker would have to find personal ways to enhance his/her skills by being constantly exposed to a variety of public speaking situations, as well as using self-analysis throughout this process, while being mentored to overcome the inherent barriers along the way,” says Dan Cristea, Managing Associate at Țuca Zbârcea & Asociații.

Interested applicants are invited to send their résumés (CVs) in Romanian and a short letter stating their reasons for wishing to participate in the Public Speaking Internship. An informal approach program. Applications should be sent to office@tuca.ro by March 20th.

Successful candidates will receive final confirmation of enrolment in the program by March 24th at the latest. The first training session will take place during the week March 27th – March 31st, subject to interns’ prior confirmation of availability. The Public Speaking Internship. An informal approach consists of 12 training sessions between March 2017 and February 2018.

Further details are available on www.tuca.ro