According to PwC estimations, the cost of uncollected VAT to the state budgets of five Central and Eastern European (CEE) countries amounted to over 28.2 billion Euros in 2015. The results of this study were presented today at a PwC conference held in Bucharest, Romania, dedicated to combating VAT tax evasion in CEE.

All five CEE countries (Czech Republic, Hungary, Poland, Romania and Slovakia) are faced with high levels of VAT Gap (the difference between the VAT revenues that the state budgets should collect and actual VAT revenues), ranging from 19.6% in the Czech Republic, to 39.6% in Romania.

“In recent years, the CEE countries have introduced programmes for tax administration reform and modernisation. Such programmes have already delivered spectacular results in Slovakia, where the VAT gap was reduced from 33.9% to 28.3% in just one year. This was due to a set of measures such as the introduction by the financial administration of analytical software that assesses the data from tax statements in real time, matching the input and the output VAT based on the VAT identification numbers, the creation of a Tax Cobra committee to investigate major tax fraud, in cooperation with the police and the prosecutors, and the creation of tax specialised courts”, stated Daniel Anghel, PwC CEE Indirect Taxes Leader.

“Yet, other countries seem to lag behind in terms of reducing their VAT gap problem. Both Poland and Romania are reporting high levels of uncollected VAT in 2015, with Romania being last amongt the EU member states in terms of VAT collection. It is clear that authorities in these countries need to reasses the impact of the measures undertaken, including the additional checks on VAT registration, such as the 088 VAT form in Romania, that prove to be burdensome for honest businesses, but do not seem to bring the desired outcome in terms of reducing VAT fraud and increasing tax collection”, added Daniel Anghel.

“Every day businesses need to fight against unfair tax competition, hidden VAT costs and, in some cases, with seizure of wealth and loss of reputation. Moreover, it seems that the rising burden of tax compliance is not necessarily very effective. In a recent study the European Commission concluded that the more complex a VAT return is the higher the VAT gap, which seems to suggest that national approaches based on complex VAT reporting declarations are not very effective. Member States have designed their VAT returns for purely domestic control, organisational and risk management purposes and therefore there is no EU dimension playing a role. The result is different systems, different rules and therefore overall a high burden in terms of compliance costs in the Internal Market“, added Daniel Anghel. 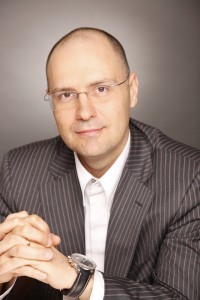 “The best way forward for both public tax authorities and the business environment would be to develop at a European level an awareness strategy amongst all public and private stakeholders of the threat of VAT fraud, to promote best practice in areas of prevention, detection, disruption, and investigation of VAT fraud. We also need more intelligence sharing, operational collaboration, as well as the use of the IT technology to reduce the cost of tax collection. And last but not least, we need a substantive dialogue between the tax authorities and the business environment, such as the one that PwC is trying to build through these public conferences”, stated Daniel Anghel.

“As the problem of the VAT gap impacts all the CEE countries, it is paramount for the states in the region to tackle the issue of VAT fraud in a joint, coherent and coordinated manner, with Romania aligning its actions to those of the Visegrad 4 group”, concluded Daniel Anghel.

About the methodology of the PwC VAT Gap study:

1. All the data has been taken from Eurostat unless another data source is referred to.
2. All the calculations have been performed in Euros. The average annual exchange rates have been used to transform values expressed in local currencies to the values expressed in Euros.
3. All the numbers (except GDPs) for year 2009-2013 have been taken from the EC study: “Study to quantify and analyse the VAT Gap in the EU Member States 2015 Report”
4. The information from VAT revenues for years 2014-2015 have been taken from the Ministries of Finance of the respective countries. The figures have been recalculated in order to be comparable with the VAT revenues data from the EC study.
5. Changes in VTTL (VAT Total Theoretical Revenue) for years 2014-2015 have been assumed to be in line with changes of Gross Domestic Product.
6. The changes in some main VAT rates in Czech Republic, Hungary and Romania that took place in years 2014 and 2015 have been taken into account when calculating VTTLs these countries. These corrections were based on the shares of the products affected in total final households’ consumption and relation of total final households’ consumption to GDP.

7. The changes take into account in calculations are as follows:

The shares of other products affected in final household consumption in respective countries are negligible, so have not been taken into account.

About PwC
PwC firms help organisations and individuals create the value they’re looking for. We’re a network of firms in 157 countries with more than 208,000 people who are committed to delivering quality in assurance, tax and advisory services.
PwC has been active in Central and Eastern Europe for the past 25 years. Today, we have more than 8,800 people working in 56 offices across 29 countries in the region to help our clients in local markets become more successful and globally competitive.
PwC refers to the PwC network and/or one or more of its member firms, each of which is a separate legal entity. Please see www.pwc.com/structure for further details.