During 2008-2014, the total number of vehicles in circulation in Romania has increased by 21%, reaching a total of 4.9 million cars, however most of this increase came through imports of second-hand cars. At the moment, three quarters of the vehicles sold in Romania are second-hand, according to a recent PwC Romania analysis.

This fact can be explained also by the increase of registered used vehicles age. For example, the average age of registered second-hand cars in Romania is more than 10 years.

„We took notice that during the last 6 years, since the first registration tax formula was set in accordance with Community rules, the national auto fleet has aged considerably, thus, if we continue at the current rate, the average age of the Romanian car fleet will increase to 14 years by 2020, thus leading to an increase in greenhouse gas emissions and putting in peril the road safety” argued Daniel Anghel, Tax Partner, PwC Romania and one of the authors of the analysis.

The annual renewal rate of the auto fleet is 1.4% at local level (the share of new cars registered in the total auto fleet), compared to the European level of 5.1%. Romania registered a peak in the registration of new cars in 2007, followed by a sharp drop during the crisis and a steady downward trend thereafter.

The analysis of the proportion between new and second-hand cars in EU member states shows that Romania draws nearer to the traditional second-hand markets (such as The Netherlands and Portugal), being totally different from the 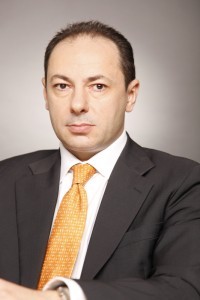 traditional car producing markets (Germany, France, Spain, Italy) – where the share of new cars registered is considerably higher. Also, the local case differs from other countries in the region such as Poland, Hungary, the Czech Republic and Slovakia, where the share of second-hand cars acquisition is much lower.

„A series of measures were adopted in order to promote the sales of new cars, such as the Rabla programme, which aims to reduce the average age of the auto fleet by stimulating the retirement of old cars and the acquisition of new ones. The programme has been efficient in fulfilling its goals. Even so, the economic impact of the programme has been insufficient in reversing the tendency in the market” added Bogdan Belciu, Advisory Services Partner, also an author of the analysis.

„Our analysis shows that the actual local tax system does not manage to stimulate in a satisfactory manner the renewal of national auto fleet. In order to change this situation, it is necessary that Romania takes into consideration a new car taxation mechanism – which should take into account not as much the engine capacity, as it does currently, but such elements as the level of greenhouse emissions and the EU class of the engines. Of course, this system would be applied gradually only to vehicles registered after the coming into force of a respective law and offering a reasonable transitionary period”, said Daniel Anghel.

A best-practices example on an EU level is the elimination of the car tax taking into consideration the engine capacity, in countries such as Ireland, Great Britain or Luxemburg, and the introduction of an annual car tax based on the level of greenhouse gas emissions of the vehicles. Other countries such as Germany and Portugal have included this criteria of the greenhouse gas emissions when calculating the auto taxes, together with the engine capacity. In all the above mentioned cases, the introduction of the new tax system was done gradually, for a transitionary period being applied both taxation schemes. Thus, the car owners were not affected by the change in the way the auto tax was calculated, the new tax system being applied only to vehicles registered after the coming into force of the new system.

„Harmonizing the yearly car tax system with that of the registration tax will encourage the acquisition of newer, more efficient cars, which will drive down the average age of the national car fleet to 10 years by 2025, thus helping us achieve the environmental objectives agreed on an European level”, concluded Bogdan Belciu.

About PwC:
PwC firms help organisations and individuals create the value they’re looking for. We’re a network of firms in 157 countries with more than 208,000 people who are committed to delivering quality in assurance, tax and advisory services. Find out more and tell us what matters to you by visiting us at www.pwc.com.

PwC refers to the PwC network and/or one or more of its member firms, each of which is a separate legal entity. Please see www.pwc.com/structure for further details.