Competition investigations are getting ever more complex and interconnected, as more and more jurisdictions consolidate their regulatory framework, and related authorities work closer together at international level. As a result, companies see greater risks and regulatory requirements.

The most recent Global Antitrust Trends report published by CLIFFORD CHANCE identifies the main competition-related topics for 2016, based on sector-by-sector analysis and multijurisdictional statistics.

“The report confirms expectations expressed earlier this year, based on trends we have identified in our work locally, as well as from the European jurisprudence and other jurisdictions we have access to,” said Diana Crângașu, Senior Associate and coordinator of the competition practice with CLIFFORD CHANCE BADEA. “We now see extended multijurisdictional efforts, more scrutiny of M&A activities and an increasing essential role of compliance programs for companies.”

Across the European Union there is a clear regulatory focus on prevention and leniency. As such, the value of antitrust fines reached 364.5 million Euro in 2015 – less than a quarter of 2014 fines. At the same time, the value of leniency and immunity reductions in the EU was almost double the value of fines actually imposed – 646 million Euro (compared to less than half in 2014). This effect is likely due to a combination of larger firms’ better resources for compliance and detection, and greater financial incentives to blow the whistle. 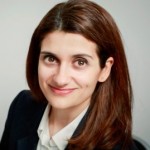 Diana Crângașu added: “Romania saw, last year, its first investigation launched by an immunity application, as well as record numbers of fines imposed and requests for settlement procedure (aimed at encouraging companies to admit to any wrong doing during the competition investigation, in order to benefit from a reduction in the resulting fine).

According to centralized global data going back to 2004, the top 10 sectors in terms of impact of fines (in total value as a percentage of sector-wide annual turnover, for the most important countries, worldwide) are, in order of importance: Non-metallic mineral products (e.g. glass, ceramics, cement) – with more than 1%; Computer, electronic and optical products; Chemicals/ chemical products; Machinery and equipment; Electrical equipment; Pharmaceutical; Rubber and plastic products; Financial services (excl. insurance/pensions); Clothing and accessories; Beverages.

“No matter the industry, all companies need to design and implement a set of best practices aimed at ensuring competition compliance and preventing relating risks,” Diana Crângașu underlines. “A potential exposure to a competition investigation brings significant uncertainty for economic players, with major impact at an operational and financial level, as well as in terms of public image and organizational culture.”

The competition and antitrust litigation practice with the Bucharest office is fully integrated with the Clifford Chance global network and its lawyers have a strong track record in regulatory competition across many sectors, locally and globally. The practice provides legal assistance in Merger & Acquisition notification procedures to the Romanian competition authority and the SEE region and, also, assistance in competition investigations and litigation. Our internationally-experience lawyers have worked on antitrust and cartel investigations (including dawn raids); antitrust and competition-related litigation; competition authority approvals for mergers, joint ventures, strategic alliances; state aid and public procurement; compliance programs and training.

Diana Crângașu specializes in competition law. She assists companies on competition-related aspects for internal and cross border deals, as well as in competition investigations. She also works with the Clifford Chance offices in Paris, London and Brussels, in deals notification procedures to the European Commission, as well as in antitrust, monopolisation and abuse of dominance/market power and state aid investigations. She has coordinated simultaneous notification procedures for transactions in Romania and to the national competition authorities in the SEE region. In 2012, she went on secondment with the Paris office, where she worked on French and European competition-related cases.