Following the launch of consultations by the Romanian Ministry of Justice on Romania’s new Anti-corruption Strategy, Neil McGregor, managing partner of McGregor & Partners and Vice-Chairman of the British Romanian Chamber of Commerce (BRCC) met senior officials in the Ministry to discuss future anti-corruption measures.

In his capacity as Vice-Chairman of the BRCC, Neil is responsible for promoting trade and investment between the UK and Romania. He has noticed the negative attitude to Romania which appears to be present in parts of the media in the UK and makes a point of explaining to international investors that they can do safe and clean business in Romania. He also advises Romanian businesses how they can demonstrate compliance to prospective business partners in the UK and elsewhere. 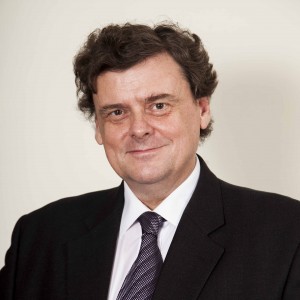 The UK has taken a proactive approach to preventing bribery, wherever it happens, by companies which do business in the UK and on their behalf by their <associates> in other countries. Romania is making excellent progress in prosecuting people who are accused of corruption, but there are other ways of changing how people think about doing business.
The UK has specified which practical steps need to be taken to establish an anti-corruption culture and I was very pleased to be asked to explain to the Romanian authorities how this operates in practice, with the recent first convictions and prosecutions in the UK of companies for failing to prevent bribery in foreign countries.
Having a clean business environment is good both for business between the UK and Romania, and for civil society as a whole. We look forward to continuing to work with the Romanian Ministry of Justice in this very important work.”, explained Neil McGregor.

The New National Anti-Bribery Strategy is currently in public debate process and it is wished to be launched in May 2016.

It is not just a simple document, but a process, an atypical document for the public policies in Romania. The Ministry of Justice encourages the support of results obtained in the fight against corruption by post incident reviews and by highlighting the importance of prevention and anti-bribery education. At the same time, the Ministry of Justice wishes to enhance the capacity of institutions to early identify the integrity incidents and the quality of management of internal audit and control deeds.

The week points of the National Anti-Bribery Strategy for 2012-2015 were:
– the lack of proper funds budgeted for prevention and education,
– poor results in the activity of control, audit and disciplinary sanction,
– deficient application of certain preventive measures such as pantouflage (interdictions to migrate from the public sector to the private sector), ethics adviser, integrity alarm, formal approach of prevention at UATs level, public procurements (execution of contracts), legal regime of immunities (NABS stipulated the reduction to 72 hours of the duration of procedure to approve the measures requested by prosecutors), implementation of integrity standards and policies at state companies’ level.

The new NABS and the operationalising of the National Agency for Management of Frozen Assets represent two of the priorities of the Ministry of Justice this year.

Neil McGregor has practised commercial law in Romania for 20 years and has extensive experience in helping companies with their compliance obligations and in dealing with the problems caused by corruption, fraud and other “white collar” crime. In particular, he and his team at McGregor & Partners assist companies in establishing and confirming that they have adequate procedures in place to prevent bribery, as required by the UK’s Bribery Act 2010.

About The British Romanian Chamber of Commerce
The BRCC is the bilateral chamber of commerce for trade between the UK and Romania. It is a “not for profit” entity owned by its members and is represented in both Romania and the UK, operating a business centre in Bucharest staffed by a full-time team of specialists in promoting bilateral trade. The members of the BRCC include large multinational companies such as KPMG, Vodafone, DHL, GSK and Alison Hayes in addition to small and medium-sized businesses, so that the BRCC is able to offer shared experience of doing business at all levels to its members.

About McGregor & Partners
McGregor & Partners S.C.A. is an independent boutique commercial law and consultancy firm in south-central / south-eastern Europe, with offices in Bucharest, Romania (since 1992) and in Sofia, Bulgaria (since 2006). The firm is managed by experienced Bulgarian and Romanian lawyers, headed by a British solicitor with some nineteen years’ experience of living and practicing in the region. The firm maintains links with its former parent international law firm, Stephenson Harwood, and also with other international law firms in the City of London and elsewhere.