BIRIȘ GORAN law firm announces the successful closure of a new stage in the lawsuit between Farmec SA and ANAF. On 18 February 2016, the litigation team headed by Mihai Nusca obtained in court the annulment of the taxation decision issued by ANAF for Farmec SA, amounting to approximately EUR 13 million. The decision can be appealed. Previously, in the settlement phase of the tax appeal, Biris Goran team managed to partially annul the taxation, amounting to approximately EUR 2 million.

In December 2014, ANAF decided to compel Farmec to pay approximately EUR 15 million, an amount which represented the recalculation of the payment of excise duties related to the alcohol used in the product networks included in the company’s portfolio. In the first phase, BIRIȘ GORAN team obtained in court the admission of the claim for suspension of the exercise of the taxation decision issued by ANAF until the settlement on the merits of the action requesting the annulment of the said decision.

The team representing Farmec SA in court was headed by Mihai Nusca, partner, and the tax team which offered assistance in this case was headed by Ruxandra Jianu. 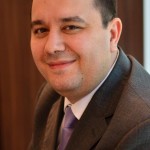 Mihai Nusca, partner with BIRIȘ GORAN, declared: “We took over this case in December 2014 and then we successfully completed several important litigious phases. Of course, this stage won at the Cluj Court of Appeal represents a notable success of our litigation team. The decision rendered by the magistrates of the Cluj Court of Appeal has many favorable legal consequences, including that it safeguards more than 600 jobs, as well as that it helps Farmec to continue its activity and growth on the Romanian and international market.” 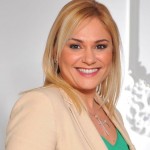 Ruxandra Jianu, Partner with the Tax Practice of BIRIȘ GORAN, stated: “It was acomplex case, in which we assisted Farmec as early as the tax inspection phase, we built defenses both in the inspection period and in the subsequent phases of the administrative appeal and court action. We are glad that the court ascertained what was obvious: the company complied with the legal provisions in force and the taxation of approximately EUR 15 million was performed with no legal ground. We thank Farmec for the confidence granted to BIRIȘ GORAN and we are glad that starting now the company will focus its efforts on the business and brand expansion plans, being in top 3 major Romanian brands.”

About BIRIȘ GORAN
BIRIȘ GORAN is a business law firm with 35+ attorneys, founded in 2006. BIRIȘ GORAN provides a wide range of legal services with a particular focus on domains such as: tax, real estate, corporate, antitrust/competition, litigation, financing, IP, IT & media, public procurement, energy and insolvency. BIRIȘ GORAN practice areas are routinely ranked among the best in the country by directories such as the Chambers Europe and European Legal 500.

About Farmec SA
Farmec SA Cluj-Napoca, the largest Romanian cosmetics producer, is a flagship brand for Romania, whose portfolio includes a few hundreds products, the most known ones being Gerovital H3 Prof. Dr. Ana Aslan, Gerovital H3 Evolution, Gerovital Plant, Aslavital, Farmec, Aslamed, Doina, Athos and Obsesie. The company has international credentials of the manufacturing processes and trades products included in the portfolio in over 30 countries.