The team of lawyers at Țuca Zbârcea & Asociații involved in the project included Cornel Popa (Partner) and Andreea Lisievici (Managing Associate), who have assisted McDonald’s in the negotiation, execution and closing of the transaction documents. 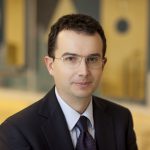