For Competition, 2015 was an extremely intense year in Romania as well, with a very active regulatory authority, a record number of investigations and infringement decisions, as well as important changes in the legislation. 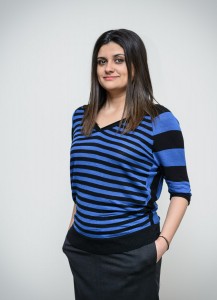 “The local competition landscape reflects, mostly, an international reality,” Diana Crângașu, Senior Associate and coordinator of the Competition practice of Clifford Chance Badea, said. “Globally, competition authorities become more alert, and the number of cartel investigations and resulting fines have seen record levels in recent years in the European Union and other major economies of the world, like the United States and China.”

The Romanian Competition Council has also been extremely active over the past years, as it has launched several investigations and decided on an increasing number of sanctions. “This confirms the authorities’ effort to align the Romanian market to international standards and help it grow, by using the right competition-related leverage in economic relations between various players. It is not an easy thing to do, but it is definitely the right way to build a sustainable and strong economy.”

Talks during a recently-organized seminar by Clifford Chance Badea that looked into both the local legal framework, and European and global trends, have identified several predictions for the business environment in 2016.

Clifford Chance has been present in Romania since 2006 and operates now as Clifford Chance Badea. The Bucharest office is frequently involved in complex transactions such as syndicated loans, project finance, restructurings, Eurobonds and shares issues on international capital markets, derivatives, companies’ acquisitions by strategic investors or private equity funds, infrastructure and motorway projects, real estate investments etc., as well as domestic and international litigation and arbitration.

In the most recent editions of Legal500, Chambers Global and IFLR1000, Clifford Chance Badea ranks first (Tier 1) among law firms in Romania under the section of Banking & Finance and Capital Markets. It also has a strong Corporate and M&A practice, ranked Tier 1 by IFLR1000 Financial & Corporate 2015-2016, and Tier 2 by Legal 500 and Chambers Global. IFLR1000 also ranks the law firm as Tier 1 for Project Finance and has twice in a row awarded Clifford Chance Badea with the National Law Firm of the Year in Romania Award at the IFLR’s Europe Awards, in 2014 and 2015.